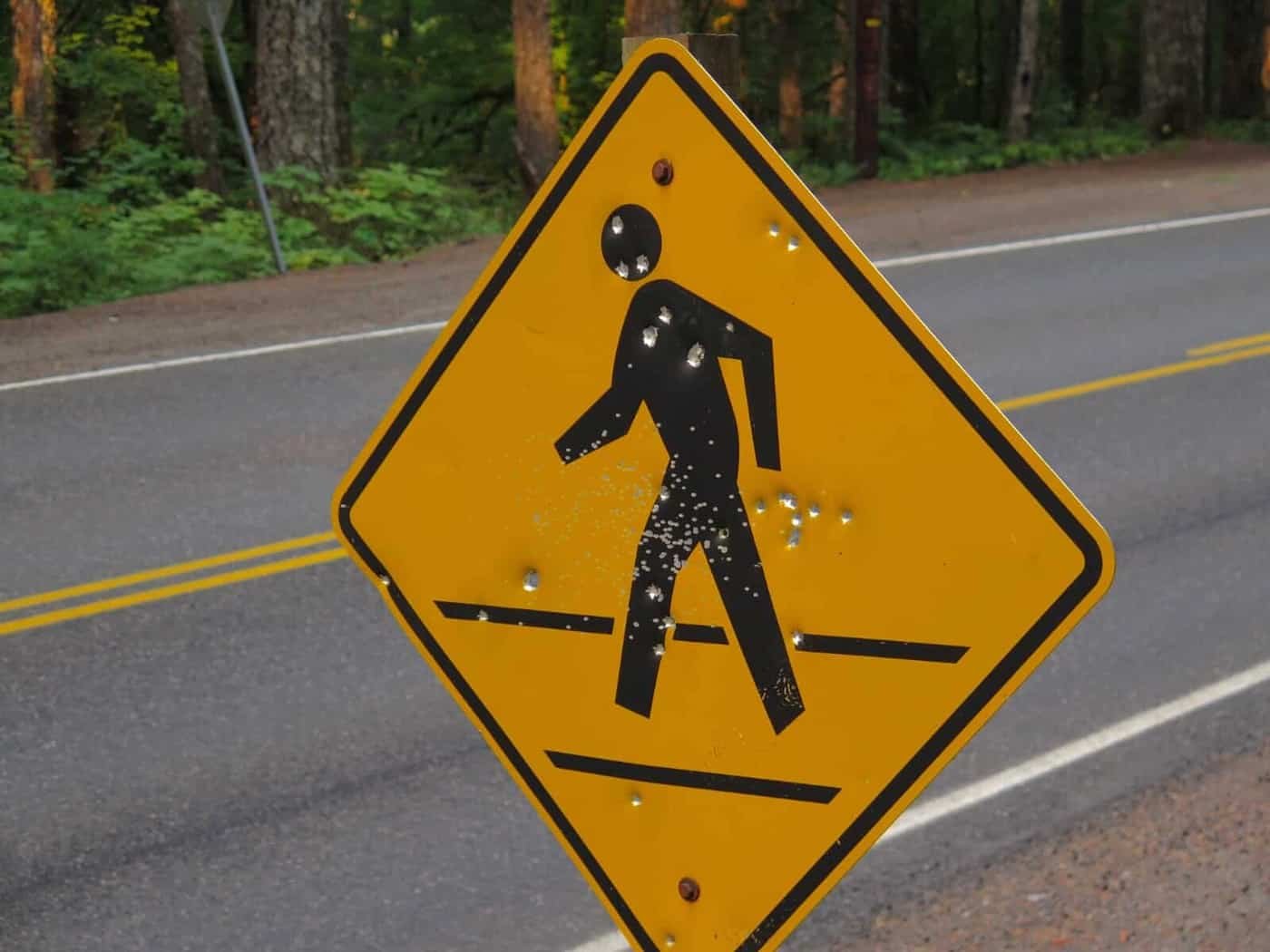 I woke to the smell of smoke and a more orange tinge to the sky than usual. Strong winds overnight must have blown the smoke towards me. I set off hiking and was unable to get any views when they were presented to me. Too much smoke.

I started off downhill towards Panther Creek to fill my water bottles. It would be the last water for about 11 miles, but it was the 3500 foot climb that had me needing the water. I was about 1 mile into the climb when I inadvertently bumped into a tree branch which punctured my Sawyer water bladder.

It contained 1 litre of water. I managed to salvage half of it, the other half leaking onto my backpack and clothes. I might need to conserve water, I thought. The rest of the climb was awfully exhausting. I underestimated it.

When I descended to the low point I bumped into a girl taping a sign to a tree, it was Action Pack. Trail Magic just ahead. Oh yeah, I love this trail.

Turns out that two separate groups of people planned to do trail magic at the same spot, so they combined together. Cowpie, Shirtless, Steve, Sizler, Action Pack and Masshole were the trail angels. Thanks all.

Several hikers were there, including my old desert hiking buddy Crunchmaster. I hadn’t seen him since Kennedy Meadows, over 1400 miles ago! Several beers, a big bowl of chilli and chicken later I was full and satisfied.