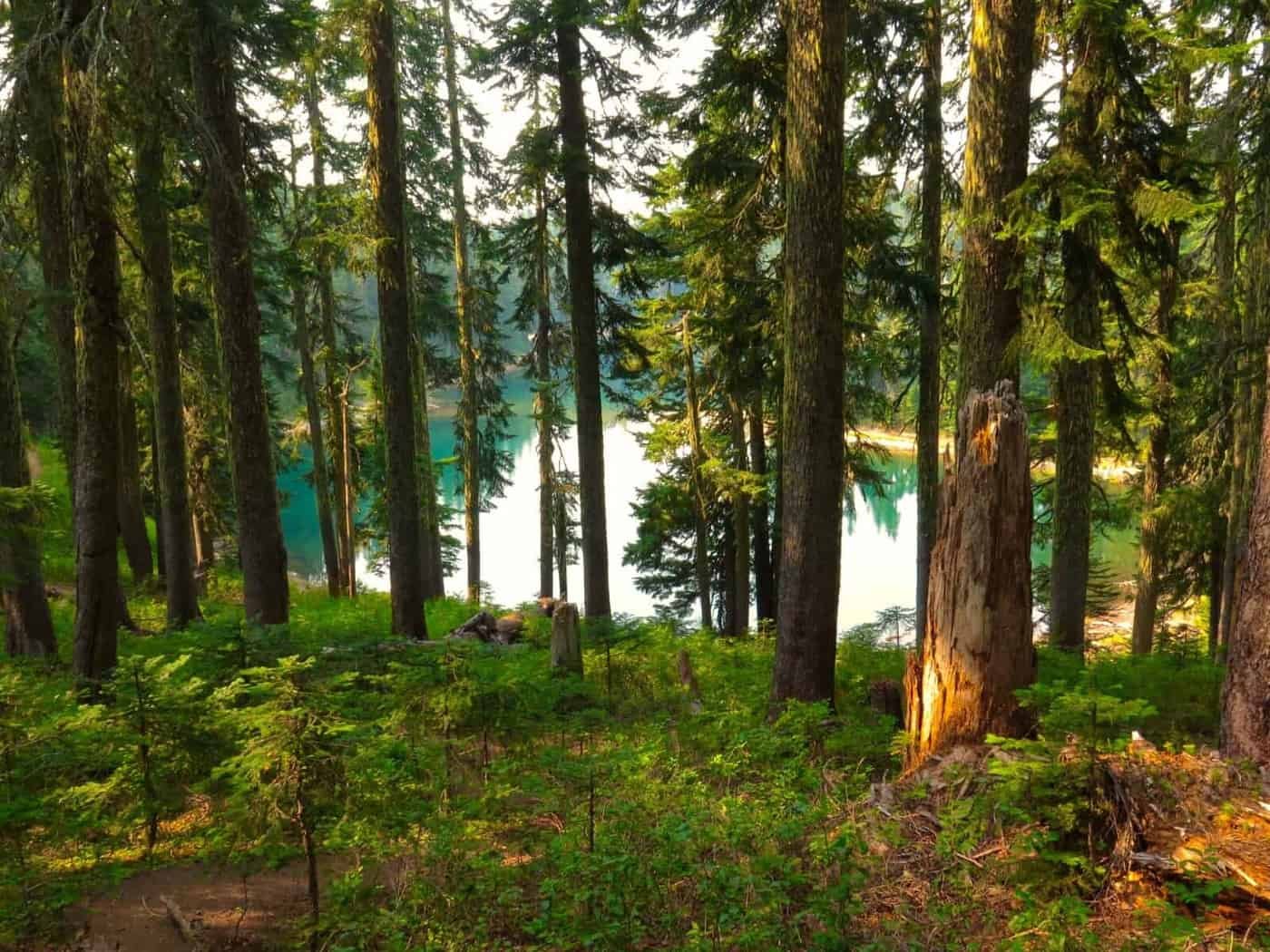 ‘Mimosas’, was the call at about 9am. ‘Who wants a mimosa’. I’d never heard of a mimosa until recently. I was handed a plastic cup filled with champagne and something that looked orange, claimed to be high in vitamin C and tasted like orange juice but I’m sure was chemically manufactured.

It tastes alright, even though I dislike both champagne and orange juice. Two cups later and I had a bit of a buzz happening. Not the way to start the mornings hike!

It was about 11am when I said goodbye to the trail angels. Thank you to Cowpie, Shirtless, Steve, Sizler, Action Pack and Masshole for your kindness and generosity. Smoke still filled the air and when I did reach a viewpoint I was unable to see the endless vistas.

The trail was fairly easy today. No large climbs like days past but the scenery was on the whole quite lacklustre with the exception of some nice lakes, some of which are drying up. Mainly I listened to either audiobooks or music to pass the time. There was one high point for the day, my first sighting of Elk on the PCT.

Crunchmaster and I sat around planning a place to camp for the night during mid afternoon. When a place is called Mosquito Creek it does not conjure up images of a pleasant place to camp. But that’s where we camped. Mosquitoes were not a problem but the bees, hornets and yellow jackets were. I ate dinner inside the tent.

Almost all talk with hikers revolves around what to do in regards to the out of control fires ahead. I have not decided what to do as yet. It could be that my hike ends in 10 days. That is the start of the Fire closures. That’s plenty of time for the firefighters to get a handle on the fire or a deluge of rain to extinguish it. But if my hike ends in 10 days and I can’t make it to Canada, so be it.