PCT Day 19 The Springs are Hot 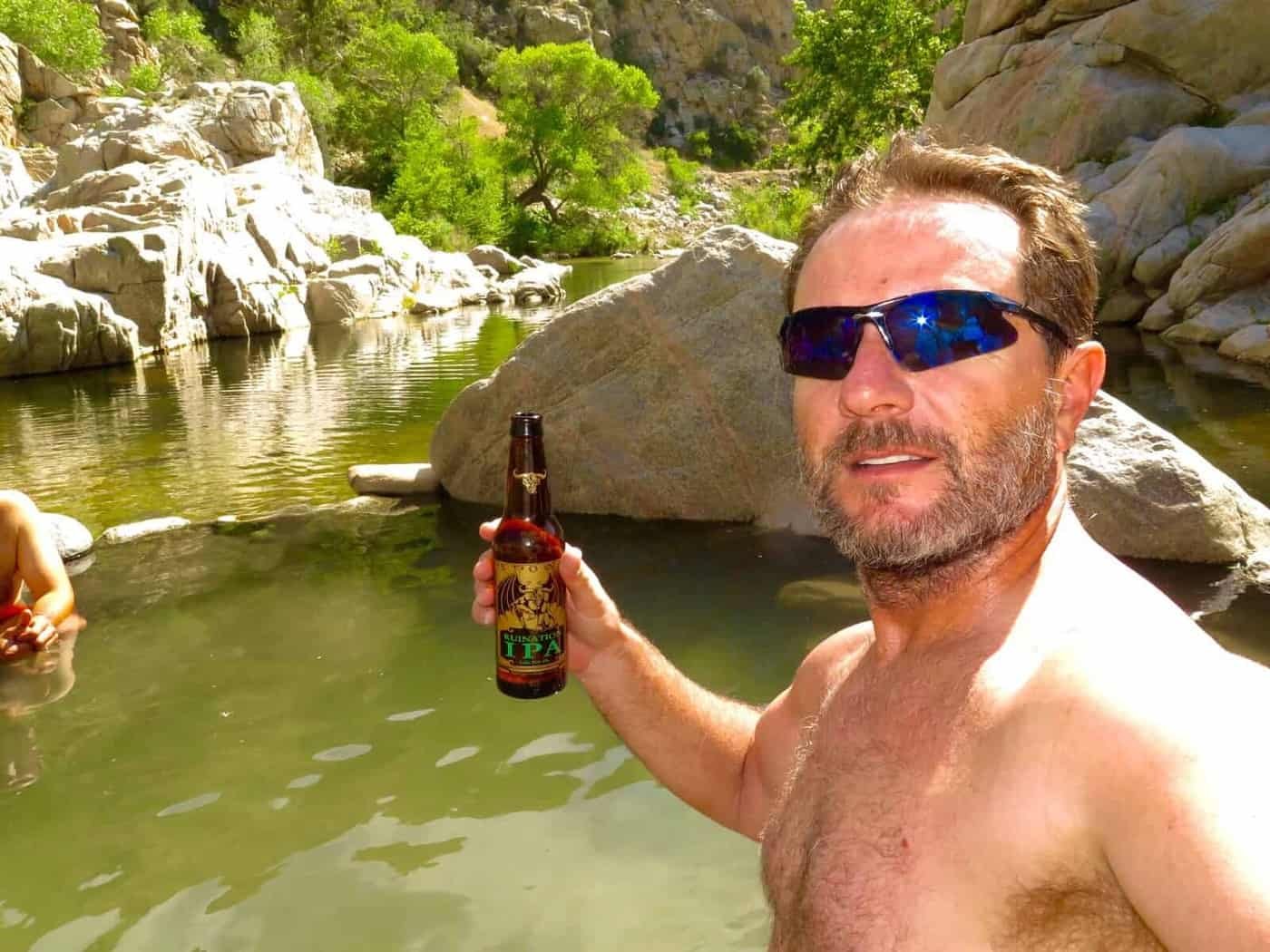 I had one goal today, well actually I have several, but the main goal was make it to the Deep Creek hot springs that were on the trail. It involved a hike of over 20 miles to get there. Mainly downhill. Mainly through a combination of forest, burnt forest or exposed rocky gorges and canyons.

At exactly midday I passed the 300 mile mark of the trip. I was suitably pleased with myself and took a compulsory selfie. It was just after that time I hit a rather large heard of people. Yesterday, I think I mentioned my wonder at where everybody was. Well, I found them. Maybe 20-30 hikers. Some I knew well and have either hiked with or camped with and some I have never met before.

I raced past some but not all of them to the Deep Creek hot springs which I reached by 3pm. 20 miles by 3pm, a little motivation works wonders. I raced down to the hottest section of the springs. I like it hot. There were only locals there, from nearby Los Angeles, the hikers were either not in the water or were in other sections of the springs.

Almost immediately one of the guys asked if I wanted a beer. Is the Pope Catholic, I said. I don’t think he understood my humour so I answered again in a more polite, yes please. He bought me a Stones IPA. His favourite. He was saving it for later but thought I was a cool dude so gave it to me instead. I was very humbled by his simple but gracious offer. The kindness shown to me by the people of USA has been amazing. And the beer was very good by the way. So was the hot spring which was over 110 Fahrenheit. Somebody measured the temperature while we were there. Several minutes soaking my legs and I felt ready to run a marathon. It was soothing.

I spent just under 2 hours meeting new friends and catching up with old ones. Rested and still full of energy I hiked another 5 miles or more to Mojave Dam. I’m not too sure why it’s there. This place is a desert and the hiking trail walks right past the spillway. In fact I am sleeping the night next to the creek inside the dam. I’m afraid I don’t see the logic in the dam.