PCT Day 22 Hiking in a Snowstorm 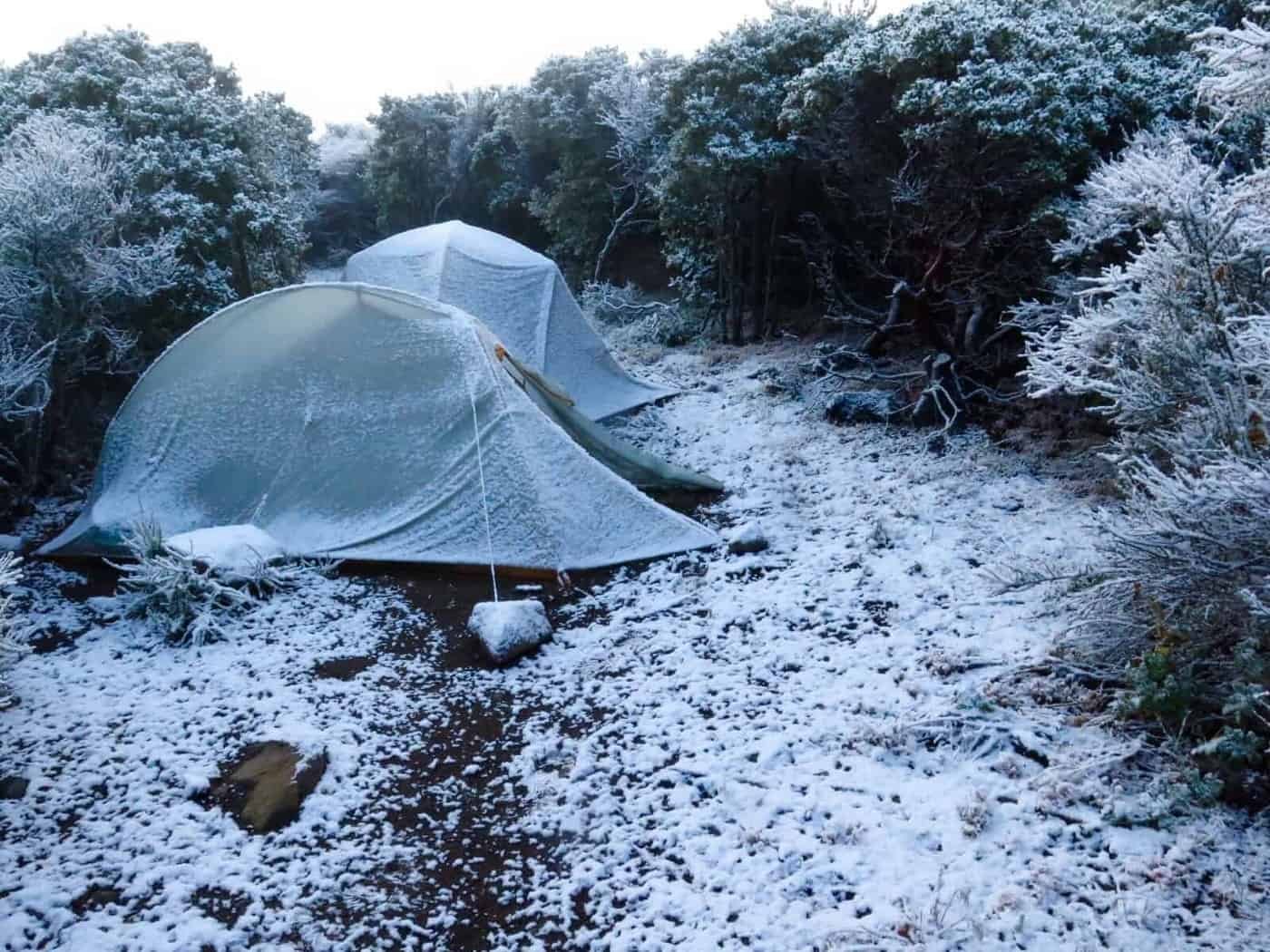 I woke in the middle of the night to complete silence, it was the PCT desert storm. The sound of silence was so strange I sat bolt upright in the tent. I unfurled my head from my sleeping bag. I was zipped in tight, only my nose was protruding. Turned out it wasn’t really that silent. There was the gentle muffled sound of snow as it hit the walls of the tent.

Several hours later I woke with the first light of the morning and unzipped you tent to survey the environs. Snow on the tent, shrubs and as far as I could see. It wasn’t too cold and the promised strong wind gusts didn’t materialise. At least I don’t think it did, but one of my tent pegs had been blown out of the ground.

It was 7am when I hit the trail, I was around 15 minutes behind Tink. I lost contact with Tink for about 3 hours as I fought off icy cold feet from the snow. My non waterproof shoes leaked melted snow to soak my socks and freeze my feet. The higher I climbed the deeper the snow.

The Trail was covered in up to 6 inches of snow with some snow drifts being deeper. My rainproof pants and jacket protected me from the wind. By 11am they were protecting from the snow that began to fall. It was surreal. It might sound strange for me to mention that I love the tropics but I was loving the hike through the snow, I really felt alive. I was living this hike.

The diversity is astonishing. High desert. Low desert. Wildlife. Wild flowers. Extreme heat, strong wind, rain and snow. Surely there is little else that can bring nature in all its extremes like hiking the Pacific Crest Trail.

By early afternoon Tink And I took the first available detour into the town of Wrightwood. I needed food and to resupply for my next 100 mile stint before I hit the next town. It was snowing when we arrived at the Pizza shop to consume as many calories as possible. I am safe and well.

Shortly afterwards I went to the grocery store to stock up on food when I met Eagle Eye, Crunchmaster and Stone. Until that very moment I planned to head back on trail and sleep in the snow. They had a hotel room and it just seemed right to split the costs of the room with them. So it was set. A room in town tonight out of the weather. Thought I’d mention that the shower was awesome, I even used this stuff called conditioner in my hair. A very strange feeling.

By the way Crunchmaster and Stone made it on the LA news when a journalist caught them around Wrightwood. Check it out. PCT hikers interviews