PCT Day 25 Pushing through the Pain 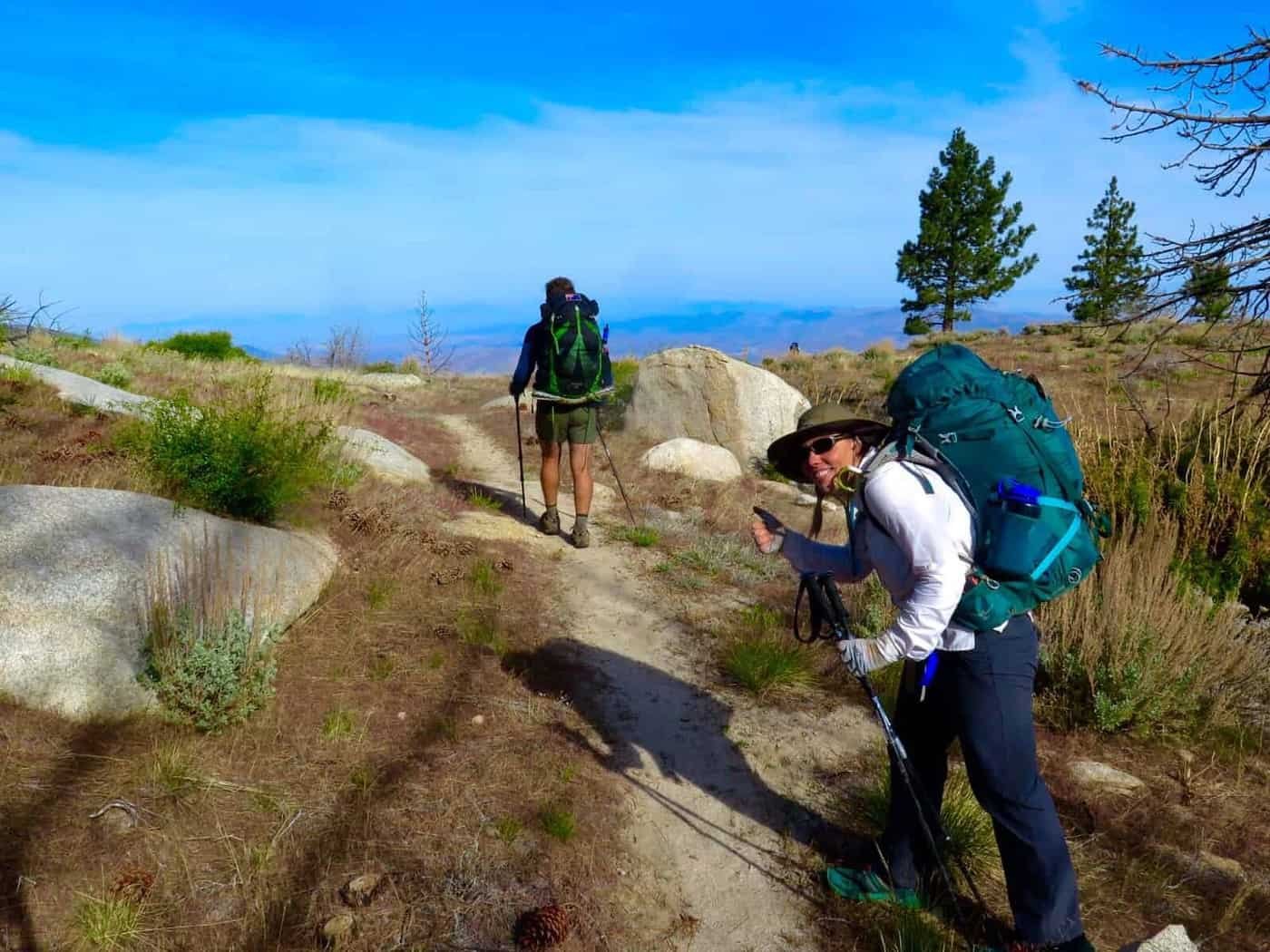 I hit the trail early with the best intention of making some good miles early. I wanted to find a place to rest on the middle of the day with call phone reception to order gear that I needed for the Sierras.

I’m fast approaching the highest mountain range and need some specialised gear. Ice spikes for my shoes to facilitate travel on ice, warmer clothing for my tropical body and a gas stove to replace my alcohol stove which is prohibited in the Sierras. I did find cell reception and made the time to order the gear, it arrives in a week or so further up the trail.

A lot of the trail appeared to have suffered from recent fires. Blackened tree stumps. Fallen trees. The wildflowers appear to be most numerous in areas devastated by fire. Red, yellow, purple, white, orange. Just some of the bright coloured floral distractions from the boredom of hiking all day.

One plant I had to avoid today was called Poodle Dog Bush. A noxious plant that smells similar to marijuana but toxic to the touch causing a rash and worse so I’m told. There was quite a bit on the trail today. It certainly rubbed against my exposed legs on several occasions but didn’t seem to bother me. So far! Maybe it doesn’t affect me.

At 6pm I shuffled into a very windy camp. The day had been harder than I thought. I asked a few other hikers if they struggled today, it was a unanimous yes. Everything hurt. 3 hours earlier I had to take ibuprofen to numb the discomfort in my knees, ankles and feet.

I seem to be able to power through 10 miles of hiking. I have a little discomfort from 10 miles to 15 miles. From 15 miles onwards I need ibuprofen, but I’m still smashing out big enough miles. Something is not quite right.

Brutal on the body, this hike is. Every part of my body, pain it feels. It’s not just me. Almost every other hiker is the same. Some worse than others. Some hikers have had to quit. Some have taken extended rest days and some have pushed through the pain.

We no longer hike, instead it is more like an graceful shuffle which is more prominent late in the afternoon. I wish I could explain it better but we no longer walk like hikers.

I have done some big miles in recent weeks. My mind wants to continue hiking bigger miles my body rejects this idea. Sometimes I wonder if I am feeling any better or worse than other hikers.

I take ibuprofen almost everyday, specially the last couple of days, but I am still pushing more than 20 miles per day in mountainous terrain. As a result I have planned for the next 3 days to be lower miles to facilitate more rest for the body, specially my knee. It is starting to worry me.

About a week from now I will be having several nights rest in a small town. I fear if I don’t force myself to slow down I may not make it to Canada.

Next : Day 26 Bobcats and Hot Tubs

15 thoughts on “PCT Day 25 Pushing through the Pain”