PCT Day 35 Return to the Desert 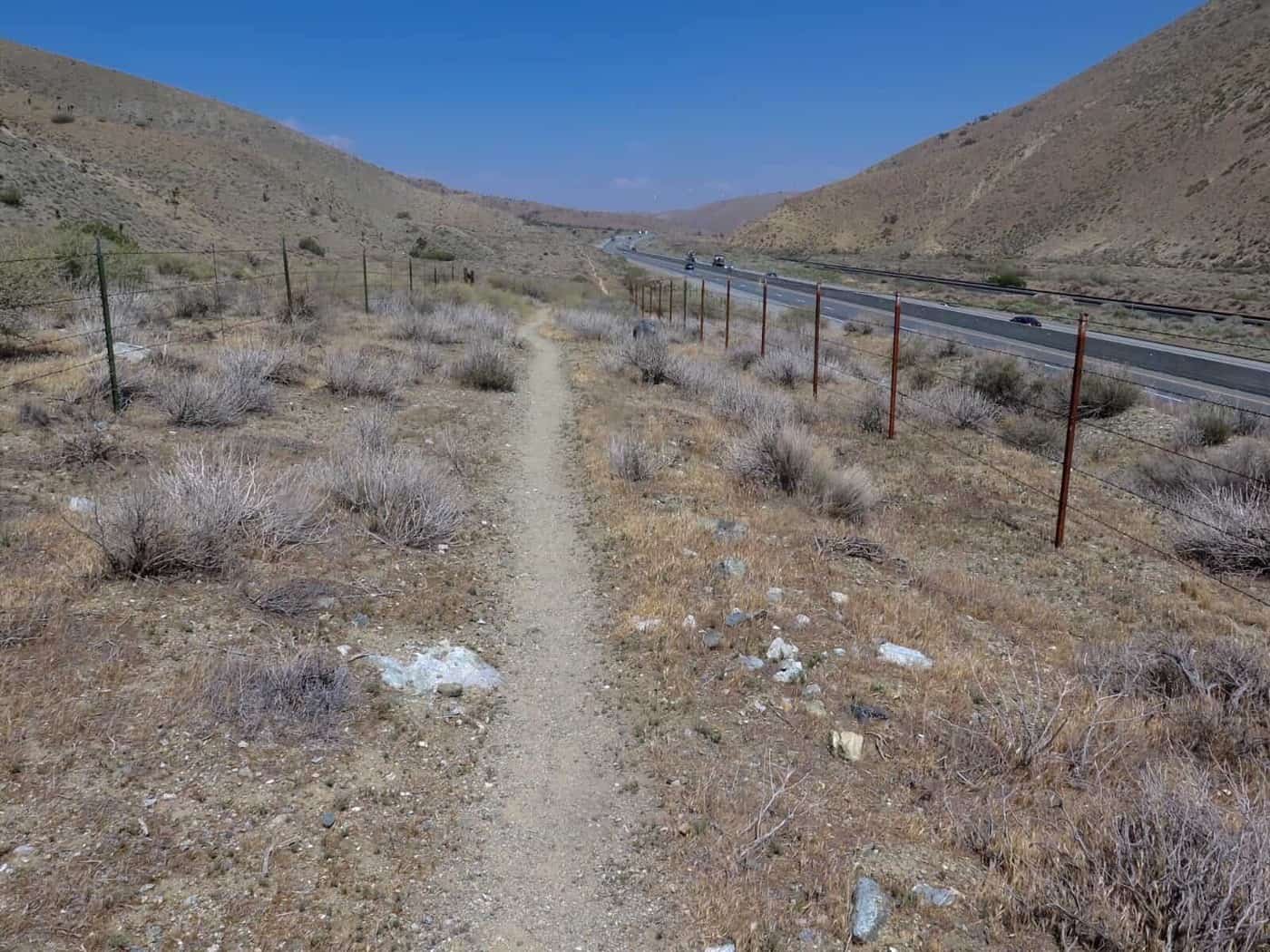 Return to the desert

The 10 hours of restful sleep left me feeling slow and sleepy in the morning. Several days of rest was not necessarily a good thing. I was less than eager to leave. Prior to hitting the trail I had to make a trip to the local post office. I had two packages to send.

The first package was my bear barrel chock full of food to Kennedy Meadows. It’s about 120 miles away and the starting point of the Sierras, the high mountains. Bear canisters for food storage are compulsory. In the same box I had an extra clothing layer for the cold and spikes to slip on my shoes in case of slippery ice.

The second package I had to post was my bounce box. I’ll see it again in 2 weeks. Hopefully after making it up the Mt Whitney, a 14000+ ft mountain.

I was dropped off the trailhead at 2pm by local trail angel ‘Jedda blue’. It was a late start but with my dodgy ankle not yet fully healed, I thought it prudent to hike less than 10 miles.

At many locations along the trail there is a register. Hikers write the date and their name and sometimes a message. Spending so much time resting in Mojave I was able to read the names of hikers I knew. They had now caught up and were now ahead of me. Hopefully I will have a reunion of sorts I’m coming days.

The start of the trail follows the highway for about a mile through rather non descript low desert shrubs. There is a noticeable lack of wildflowers. It could be that this area is sporadically grazed by cattle which might lower the diversity.

There’s a long climb up to yet another high point on the trail. I spied a group making an early camp among sheltered trees and shrubs. The wind was picking up and now reaching up to 50 mph in gusts.

It was also cold, causing me to add several layers of clothing. It feels so strange to be hiking the most feared section of the desert and feeling so utterly cold. I did of course know the weather was changing for the worse, what I didn’t know was how bad or when. Strong wind and rain was predicted during the night.

After just less than 7 miles I found a very sheltered spot and called it a day. My ankle was definitely not 100% and while it felt ok I was happy to give it a rest. I sat in my tent, sheltered from the wind and cold. I think I’m going to need my earplugs tonight to block the sound of the wind trying to break the nearby trees and shrubs. It might be a long night.

6 thoughts on “PCT Day 35 Return to the Desert”