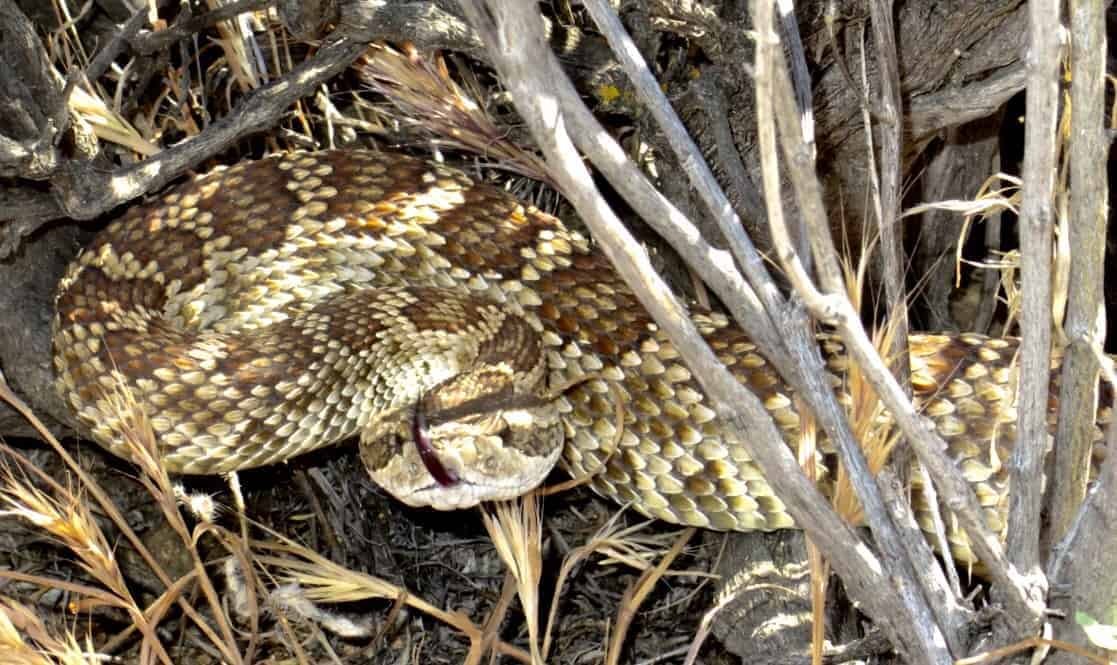 I woke to dense clouds and a soaking wet tent. I walked through the clouds in a good mood, much better than yesterday. Condensation fell from the trees onto my rain jacket. Apart from my footsteps it was the only sounds in the morning. The birds were noticeably absent. I enjoyed the first hour of the mornings hike very much.

By 8am the sun made its first attempt to disperse the dense cloud. It succeeded in breaking through the cloud shortly after I crossed the 600 mile mark. Hard to believe I hiked that far! A couple of miles later I was at Landers Meadow Springs, the last water source for 42 miles.

There were maybe 10 other hikers there. Trail magic was also there. Thank you. I was also advised that there was a stocked water cache at a road about 8 miles away. That was a life saver, I’m not sure how I could carry water for 42 miles through the hot desert.

Leaving the spring the landscape started to change. The trees were shorter or burnt completely in recent fires. Wildflowers were more numerous and as I crested a saddle the landscape changed to the low shrubs of a hot Mojave desert.

The water cache did indeed exist, many hikers were there, some I’ve never seen prior. Another trail angel arrived at the nearby road asking if we can help her carry the 20 gallons of water she had. There were also Dr Peppers and Oranges. I love this trail. I think her name was Dawn. Thank you.

Leaving the water cache I entered the low scrubland of the Mojave desert. The views were endless. I was walking maybe 1 minute behind fellow blogger, Kat. She jumped off the trail into cactus bushes when a Diamond Backed Rattlesnake appeared right under her foot. She was shaken but not bitten, although the cactus might leave a lasting legacy!

I searched for the snake. I adore snakes. I found it moving under a low shrub near where the incident occurred. I don’t fear snakes like some people so I moved in close for some photos. It rattled. It puffed itself up. It’s tongue constantly tasted the air.

It was in a defensive position with its body tightly coiled, it rattle buzzing, ready to strike if it needed to. What an amazing snake. I’ve never really seen any other snake like it. I really wanted to pick it up, I do things like that at home. But I didn’t. I took its photo and left it in peace to rattle another day.

This afternoons section of trail was rather tough. Huge heavy loads of water that I carried and the trail consisted of soft sand. It felt like walking up a sand dune at times. My ankles started to feel the strain, I was not the only one. With about 2 hours of light left in the day I made camp. Dundee joined me and later another hiker.

I couldn’t believe the distance I covered today. My ankle was sore but manageable. I hope it continues that way. I sat in camp chatting with Dundee. I told him that I thought today was one of my most memorable days on trail. Dramatic clouds, large trees and cold in the morning. Heat, sand, rattlesnakes and expansive desert views in the afternoon. I do love this trail.