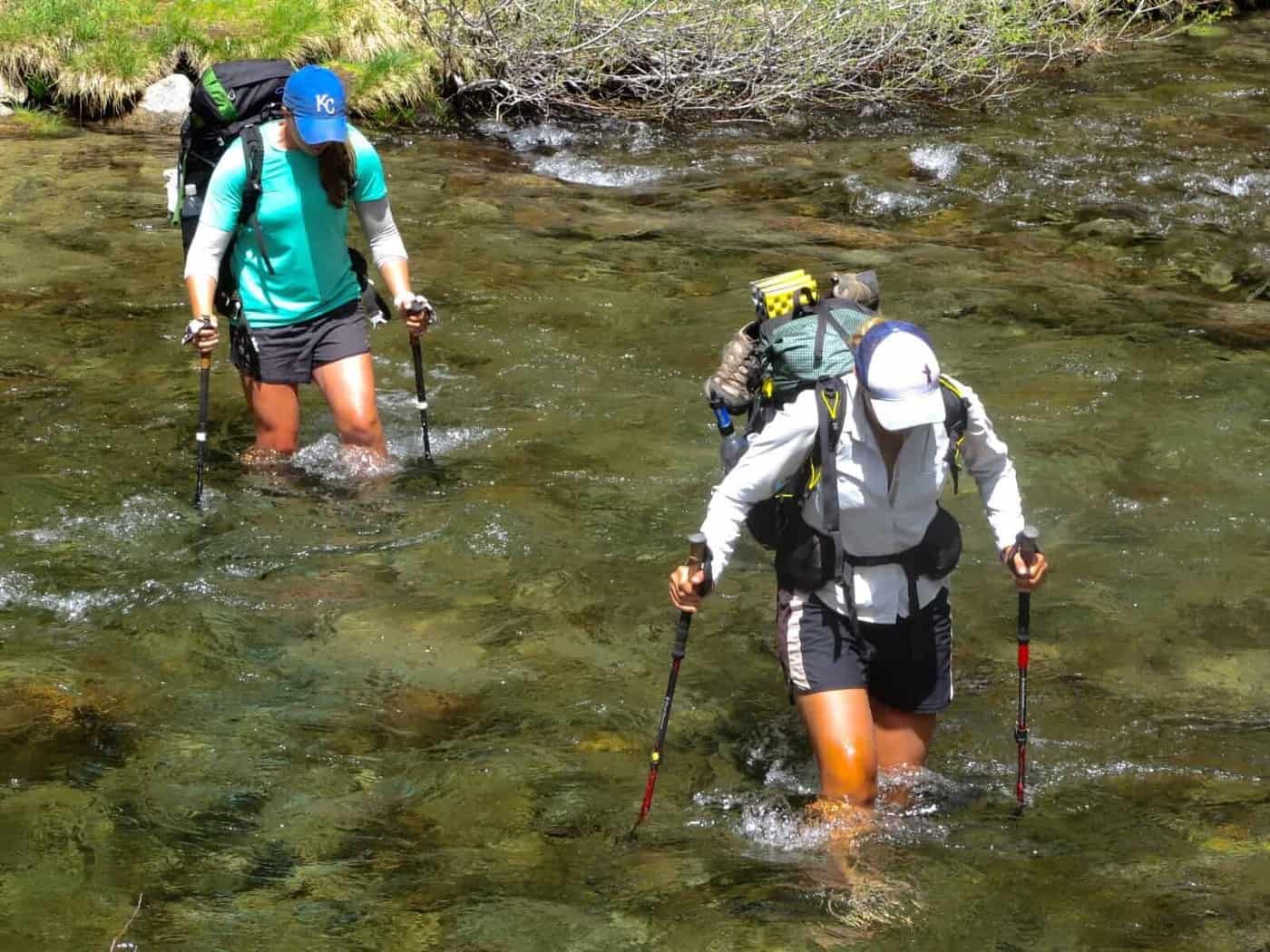 I was awoke early and chose to pack up and set off alone. Only Hummingbird and Outland were awake. The weather was calm but in the distance there were threatening rain clouds. It was a pleasant walk to the top of Selden Pass. Unlike every other pass this one had a gentle grade and I reached the top and still had energy to spare.

It was still early when I descended from Selden Pass. I took the time to share a moment with a Ground Squirrel. It would dart into its safe house among the rocks. Sticking its head out then exiting. We both seemed equally curious about each other’s business in this alpine wilderness.

At Bear creek meadow the sun made its first appearance. I took the opportunity to dry my tent, have a coffee and some breakfast. I lingered thinking the others weren’t too far behind. After an hour I packed up and walked to the Bear Creek Crossing.

In a big snow year this could be a very dangerous crossing. I entered the thigh deep water and stumbled my way across the freezing cold water. My reward on the other side was sun to warm up and mosquitoes to suck my blood. I waited over an hour for the others to arrive.

I was about to set off down the trail when they arrived. They negotiated the thigh deep water without problem. At this point I found out it rained all night and nobody slept well. I slept so well I didn’t hear the rain nor did I wake up once during the night. I sleep so well on the trail.

In the middle of the trail somebody wrote ATT SERVICE. We all checked our phones and had cell service. I posted some blog posts and caught up on emails. I spent far to long lingering and was the last to leave the temporary phone service area.

It’s our second last night before resupply. It’s interesting how we are swapping food, giving food away, begging for food, cooking double sized meals etc. I ran out of cooking gas this morning so I’m begging to use somebody else’s gas. Thank you Teflon. Most people are hiding their gas canisters in the hope that it forces me to sleep in tomorrow, that won’t be happening.

Next : Day 57 Thunderstorms and Mountain Passes