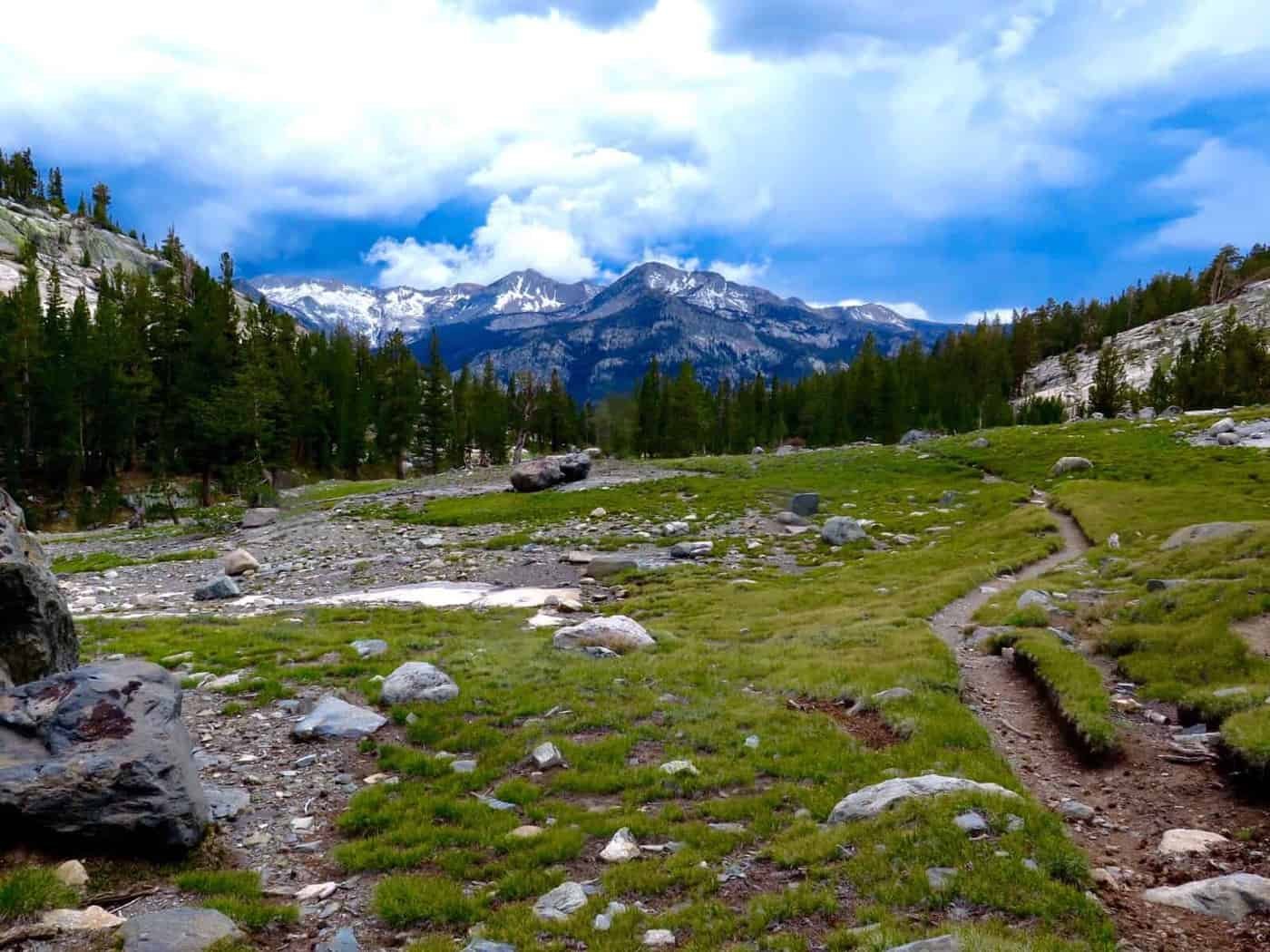 Woke to a clear morning for our 3000 feet of climbing to make it to Silver Pass. I guess a combination of less food weight in my pack and increased altitude fitness had me at the top without a rest break. At one point the trail passed a large waterfall that has a reputation of soaking hikers as they pass. This year it just made for a stunning vista next to the trail.

The views got better the higher I went. Lakes, distant snow capped mountains, ground squirrels, marmots and clouds filled with drama. A false summit on the climb near the top only served to increase my resolve to make it to the top in one push.

Outland, KC and myself messed around at the top for about an hour till the whole clan reunited. We played Snowball, a version of Baseball using snowballs and hiking poles. The hiking poles were also used for fencing and as a lightsaber.

As all this occurred we were being stalked. A rogue ground squirrel was on the loose. With half its fur missing it stalked our backpacks and hiking poles hoping to procure a meal. I hope this unhealthy creature is not being fed by sympathetic hikers. It showed little fear. If I was hungry enough I could have…

We descended, had lunch then embarked on yet another monster climb. Once at the top of the second climb thunder cracked in the distance. I was coming from the direction we were heading but we couldn’t get a clear view of the storm just yet. Another 20 minutes and we were at a viewpoint and determined that the storm was moving away from us. I’m enjoying experiencing nature in all its moods.

On we went, past several alpine lakes. Up down up down. The trail was tiring us out. We must have done about 6000 feet of climbing by the time we reached the 900 milestone marker. Hard to imagine walking 900 miles in 8 weeks! Oh and earlier in the day we passed the 1/3 mark of the trail! I’m getting to Canada!

We camped at Deer Creek, only a couple of miles from a place called Red Meadows. From there we can catch a bus into the resort town of Mammoth where we plan to resupply. This leg in the sierras have been so much better, I think my weight loss has steadied and I’m feeling stronger everyday. Also, my ankle is better and I’m able to walk without having to consume ibuprofen. Life is grand.