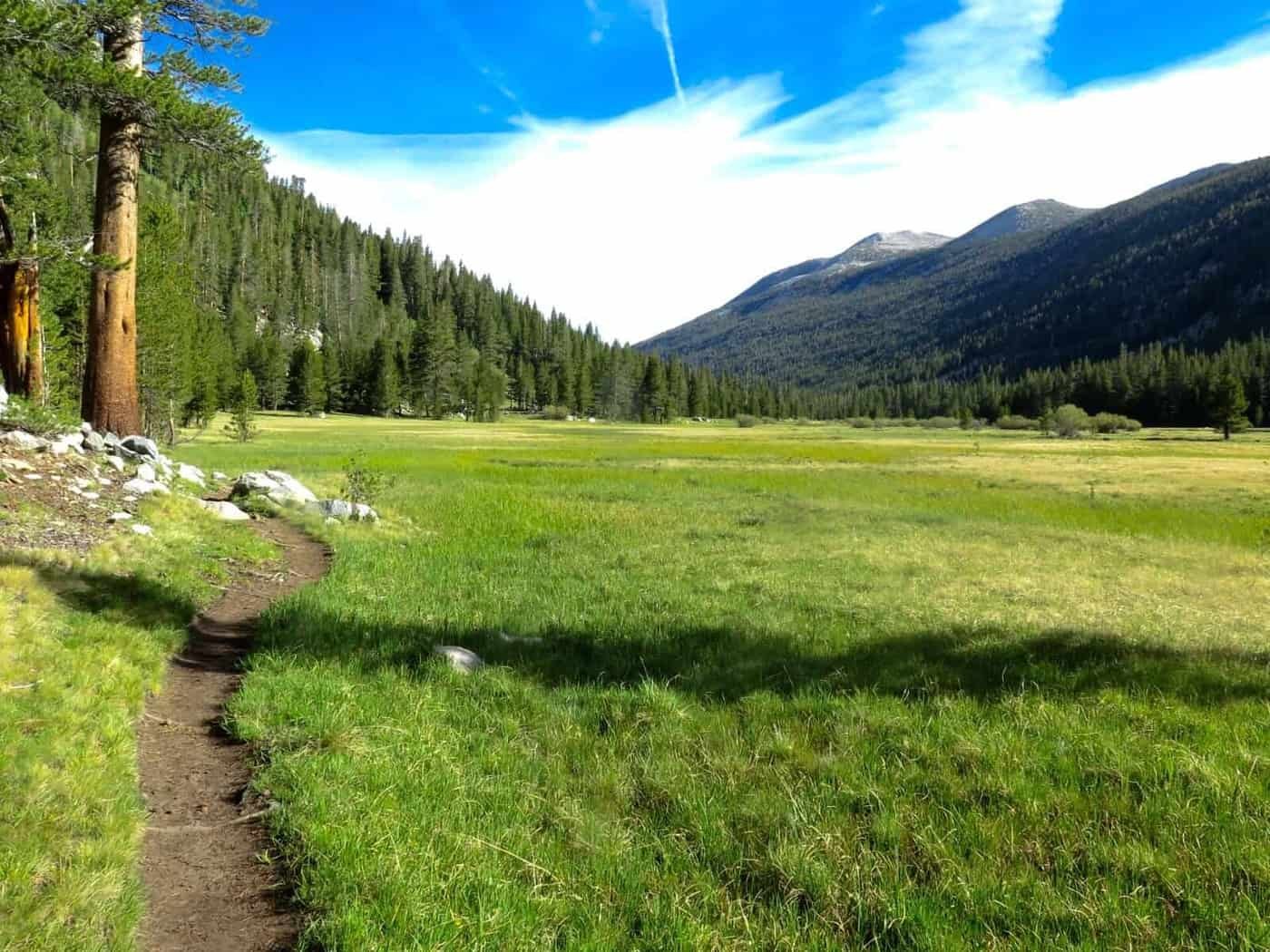 Still not feeling too flash after yesterdays dodgy salami. Very lethargic, very unmotivated to open the eyes and get the day underway. Once I was on trail I quickly found myself bouncing down the trail, leading everyone at a rapid pace. Until I looked around and noticed everybody was way behind.

As I approached Tuolumne the number of people increased. Mostly day hikers. They smelt strongly of perfume, shampoo and deodorant. It was extreme. At one point a lady walked past, I just wanted to stop and walk with her. But my smell could be referred to as offensive. Not just mine but all of our group. An incident later in the day on confirmed this.

First port of call in Tuolumne was to visit the wilderness permit office to enquire about a permit to camp on the JMT that links in with Yosemite Valley. Full, impossible, just too busy and too few permits are available. But, we don’t need a permit if we day hike. So day hike to the valley it is. That’s almost 30 miles!

Next port of call was the cafe. While waiting for a mediocre burger I listened into a conversation. Two ladies were talking about one of the girls in our group. I overheard the following, ‘Oh my god, that girl smells so bad. She really needs a shower’. I will endeavour to have a shower in the next week or two to avoid comments like that!

I was pleased to pick up a new set of footwear. Almost 1000 miles out of the last set. That’s way more than most people. I’m trying the boot version of the Merrell Moab. With my ankle problems I’m hoping I might receive a little extra support. Not sure if I’m a little over ambitious with my expectations.

Tuolumne Meadows is now the second part of the PCT that I have previously visited. I cycled through here in October last year. The day before it closed due to the first winter storm of the year. I remember clearly taking a photo of the PCT / JMT sign and writing in my diary about the possibility of hiking this wonderful trail that I am on. So far I’m happy with my decision.