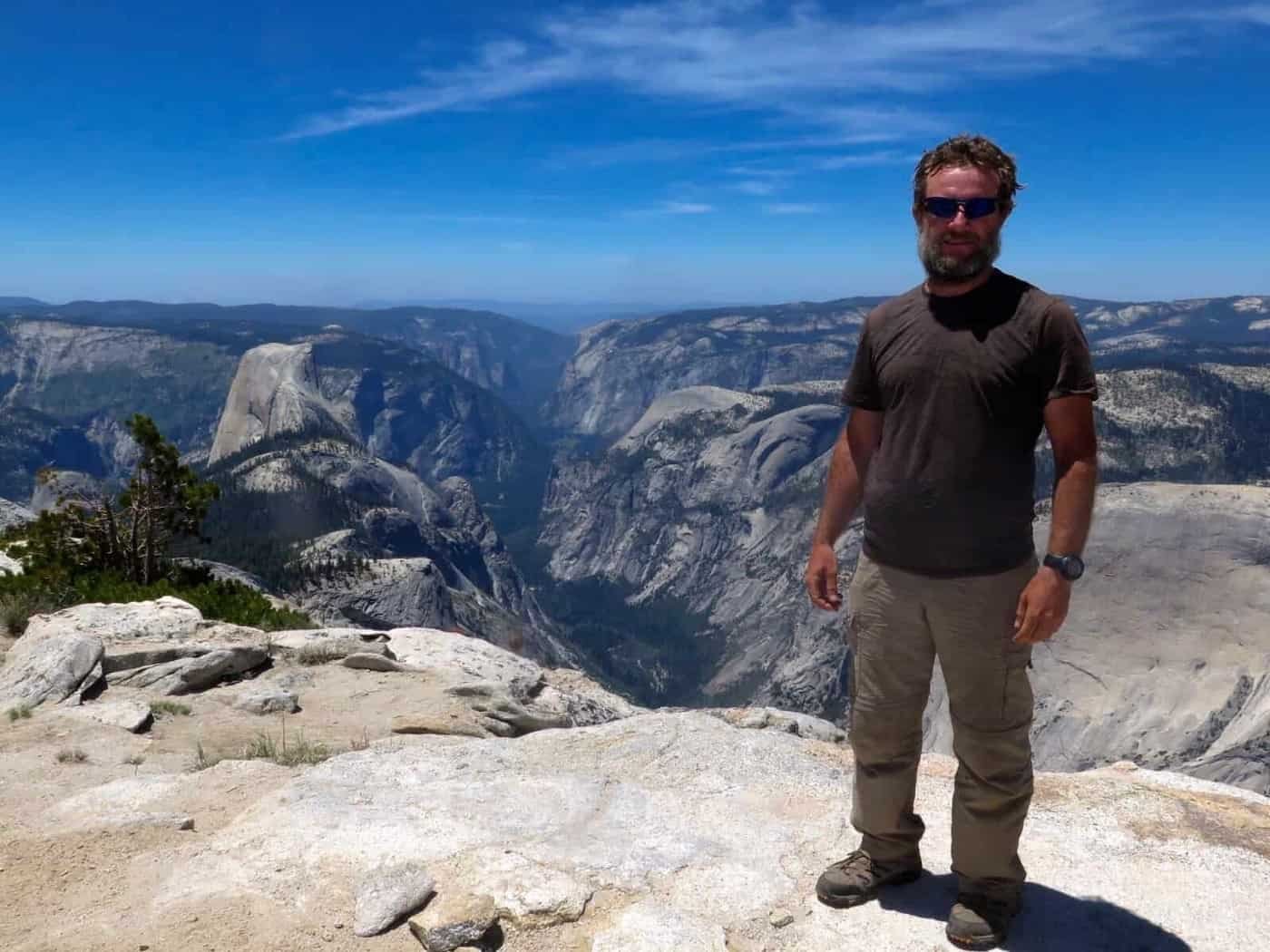 I looked at my watch, 4.50am. There was stirring at the campsite right near my head. Time to get up. We planned an early start to complete the last of the John Muir Trail (JMT). A possibility to complete the trail while still on the PCT. The JMT is a 211 mile hike from Mt Whitney to Yosemite Valley.

It parallels the PCT for the majority of the route but at Tuolumne Meadows the PCT continues north and the JMT heads over to Yosemite Valley. We were unable to get a camping permit so we day hiked the 30 miles. We carried our camping gear with the plan to camp in Yosemite valley.

To make it even harder for ourselves we chose to make a detour to clouds rest, a high lookout point over Half Dome and the valley. Countless thousands of feet of elevation gain and loss.

The first half of the trail appeared to have a lot horse traffic. The trail just seemed more eroded than other sections of trail. The meadows we passed almost had a manicured appearance. Bright green grass interspersed with white and grey granite boulders and occasional small shrubs.

Around 10am we passed the turnoff to clouds rest. The trail climbed and fell its way past several lakes before making its final climb. Steep at times until it made its way on a knife edge along the summit ridge. Expansive 360 degree views opened up of Yosemite Valley with it centrepiece of Half Dome on one side and the high Sierra filling in the gaps on all other sides.

We lingered until we realised that we had no water left. It was several hours before we descend to a stream to fill the water. We all suffered very mild dehydration on this day with desert like temperatures.

As we passed an impressive Nevada falls our only thought was for pizza. In a rush we stormed the pizza place. Our ravenous hunger satisfied.

Too tired to move we made our way to the campsite. We couldn’t bring ourselves to put up a tent. We slept where we fell with little care that a bear might disturb our slumber.