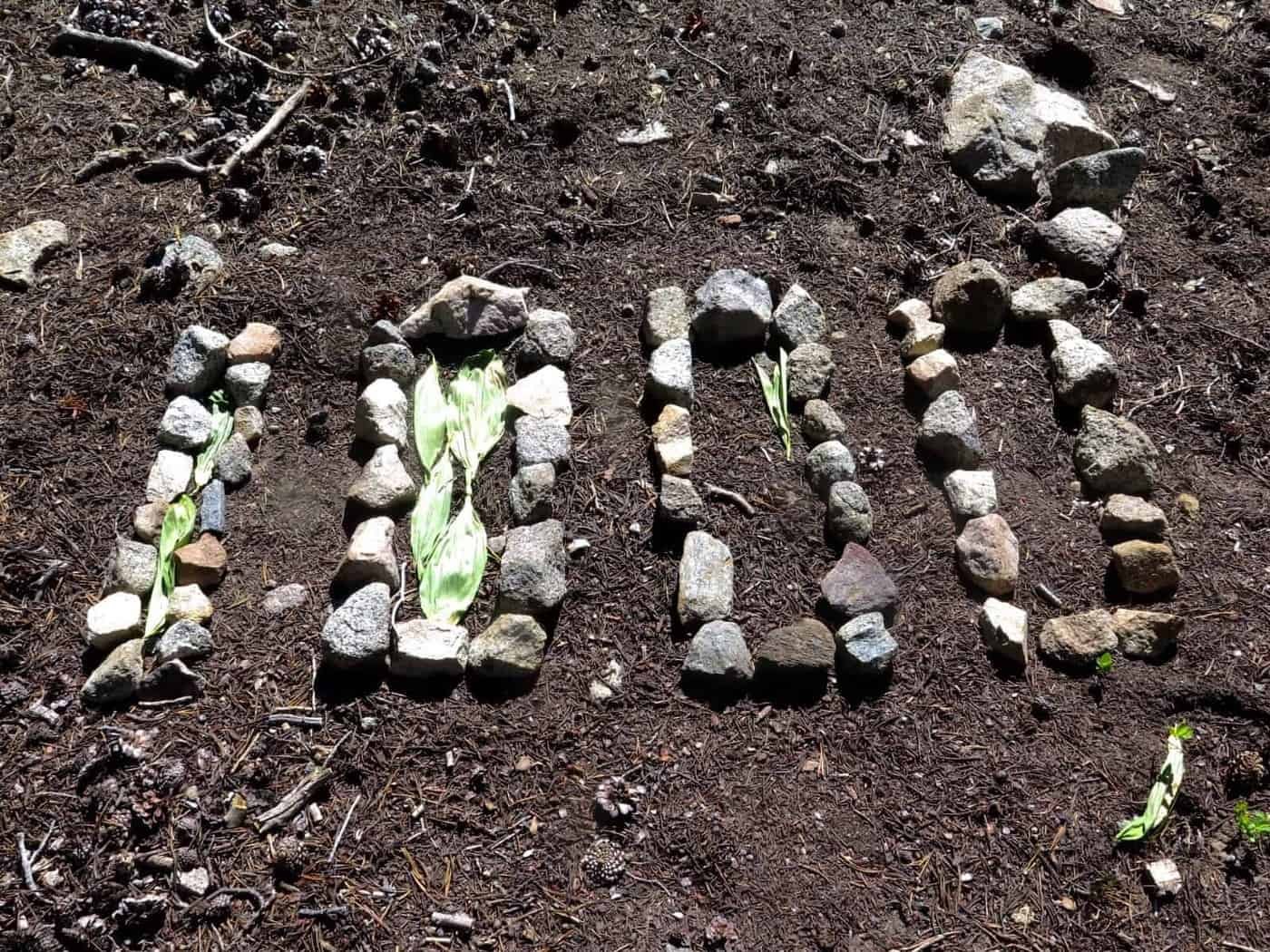 I woke to the sound of silence. No mosquitoes. The nearby lake had barely a ripple, only the rare rising of a trout to feed. But the silence of the day was soon to be shattered.

It was peaceful as I set off hiking alone around the edge of the lake. The surrounding mountains looked brighter in their reflection. A small creek had to be crossed. I took off my shoes and waded across the knee deep water. I rolled my pants up so they stayed dry. They unrolled themselves half way across.

The trail continued ever upwards but at such a pleasant grade that the miles seemed to fly by. But not all was well. If yesterday was the day I started to notice the increasing number of wildflowers then today was the day I really noticed the increased numbers of insects. Crickets, moths and butterflies of all colours. There were purple ones, yellow ones and orange white and black ones.

Then there were the mosquitoes. Thousands of them, swarms of them. I live in a rather mosquito infested part of the world but today was worse. I’ve traveled to the tundra and arctic forests of Alaska and Canada, today was worse. Just when it was at its worst I ran out of deet, the strong insect repellent.

KC caught up to me just before 10am. We continued on the mosquito infested trail past Dorothy Lake and Dorothy Pass. This marked the end point of Yosemite National Park. I’ve lost count of how many days I’ve been in Yosemite, maybe a week. It’s been an incredible week.

Once out of Yosemite we descended a couple of miles till we found a place for lunch. With so many bugs I put up the tent. Eating inside a tent in bear country in not good form but today was special. We also took the opportunity to wash both our clothes and ourselves in the river. Teflon arrived but didn’t stay as she had chosen Dorothy Lake as her lunch spot.

Crossed the 1000 mile marker after lunch. Well, actually I crossed one before lunch and two shortly afterwards. It seems everyone has a different idea on where 1000 miles actually is. I’ve taken photos of all the markers. I think the photo with me in it is the correct one!

From Dorothy Pass the landscape started to change. The granite that dominated Yosemite gave way to intermittent basalt and other volcanic rocks. I’m no geologist but it looks like an area with recent volcanic history. The trees changed, there seemed to be less diversity. It appeared they were all recent arrivals. Even the streams and rivers seemed to be recent arrivals, still carving out the valleys.

Teflon, KC and myself set up camp in Kennedy Canyon. Just over an hour later Hummingbird arrived with Mr & Mrs Smith. We are now reunited.