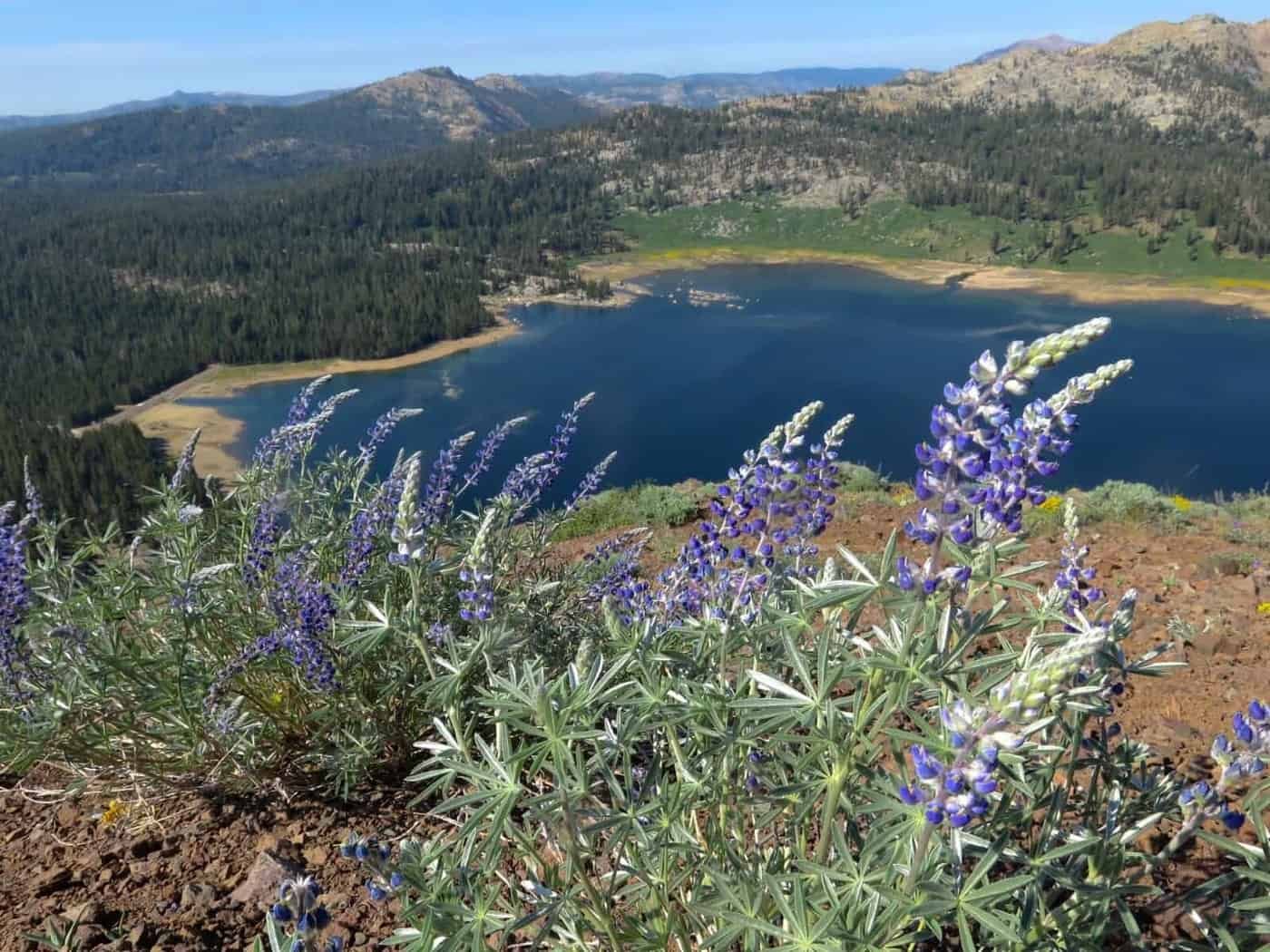 I was reluctant to leave the relative safety of the tent. I just didn’t feel like doing battle with the enemy today. Gingerly I exited the tent but the enemy did not appear. KC and I were able to have breakfast before setting off down the trail. The enemy spotted us and moved in for battle. We deployed our chemical weapons. The mosquitoes were temporarily muted.

The rest of the day was a blur. The scenery was unable to provide visual stimulation unlike almost every other day thus far. There were glimpses of wildflowers which provided both smell and colour to the day. I just wasn’t feeling the trail today. I guess there are days like that.

Mid afternoon saw the arrival of the sweet smelling day hikers. Perfume, cologne, deodorant and soap. Not a speck of dirt on their clothing. We were a total contrast, as night is to day. We reached the car park from which the day hikers materialised. Carson Pass, there was an information centre. A PCT friendly information centre. We were treated like rock stars. Complete with Pepsi, oranges, Oreos and some new kind of food that I had not tried called a twinky.

We did not want to leave. They also had a weight scale. I’ve lost 6kg (13lb) in the last 350 miles in the sierras! KC has lost a similar weight in the same period. If this continues I’ll end up looking like a PCT thru hiker. Tomorrow we arrive in Lake Tahoe. I plan to demolish the buffet.