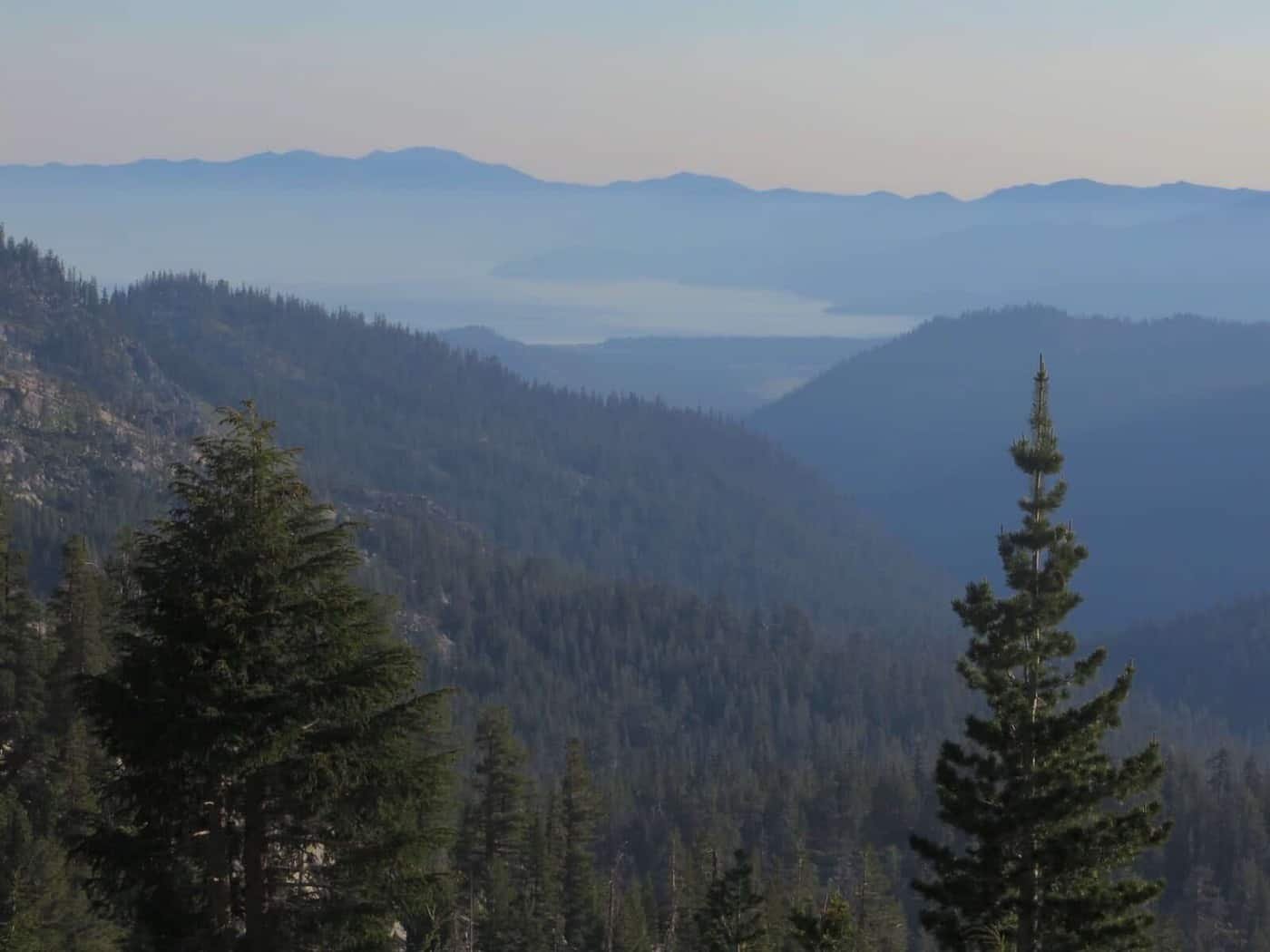 Early start for an early sugar binge at Echo Lake, that was the plan. KC and I were not the only ones with this idea. The couple of other PCT hikers in the vicinity had the same idea.

KC set a cracking pace that I struggled to match. The call of Dr Pepper was strong. The trail was a fairly easy stroll, predominantly downhill. The few short uphill sections provided a cardio workout as we raced up them at near running pace.

It was just before 10am when we made it to civilisation. Many other hikers were there, much more than I thought. Some were arriving, some getting back on trail. 11am signified the opening of the post office.

Many hikers picked up their pre packed food packages. Unwanted goods were dumped on the table. I was able to almost completely re supply for the next hundred miles from unwanted quality food and snacks discarded by the other hikers what a score and thanks to those hikers for your food. I also managed to pick up a couple of unwanted beers of the table.

KC and I hitched into South Lake Tahoe, a resort town. So many people, too much weekend traffic, but my mind and body needed a rest. Accomodation was near impossible to find. Much searching and telephone calls later we ended up at the hostel. Weekends in this place are to be avoided by the PCT hiker.

After many unwashed days we showered, laundered and loaded up on calories. The start of several days of rest, recovery and gear repair has started.