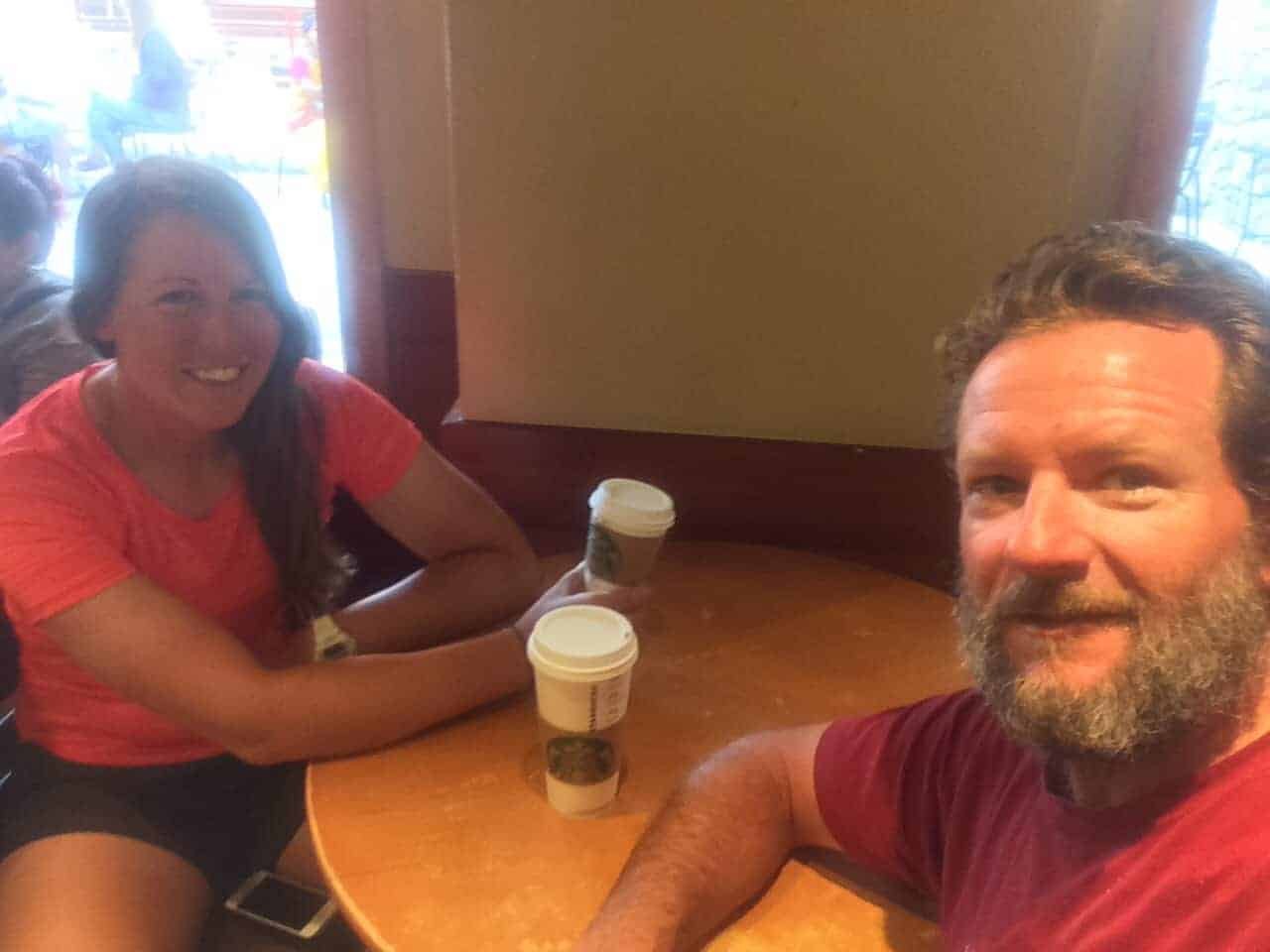 Last night the streets were crowded with people, mostly under the influence of alcohol. This morning I walked the streets looking for caffeine and calories.

It was 7.30am and the streets were deserted. Several fitness models were jogging to distract me. I satisfied my hunger and returned to the hostel to pack.

KC and I were moving to a cheap hotel a mile away. Their rates dropped 80% for rooms Sunday to Thursday. A bargain. We reunited with Hummingbird and Mr & Mrs Smith. Teflon was also in town with her partner. Dinner was a beard competition among the boys as many of us met up for a pizza and beer at a nearby brewery. Despite needing some rest I’m missing the trail already.