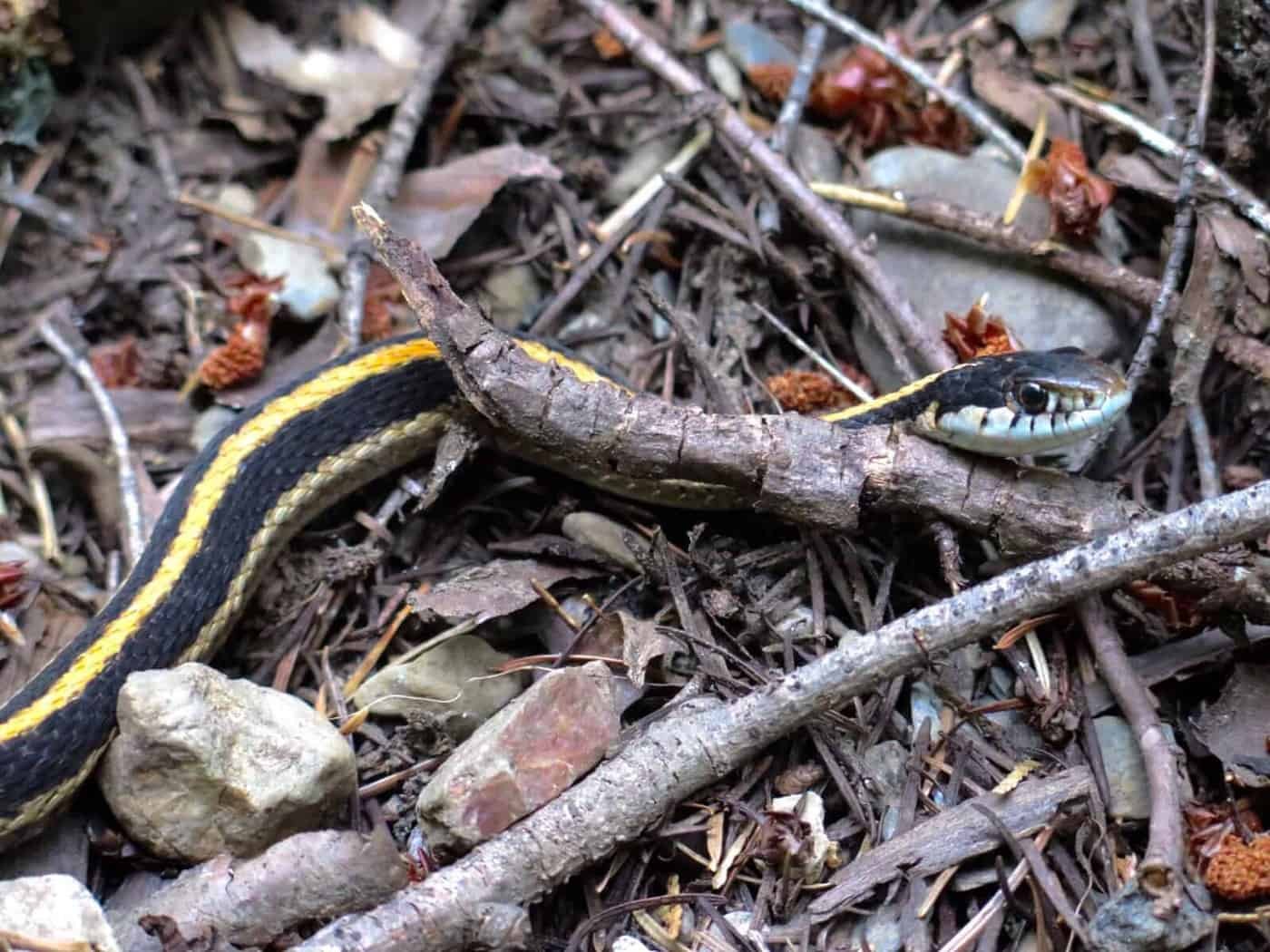 Most people would need pills to sleep as well as I did last night. Long miles on the PCT is all I need. It was 6.30am when I threw my pack over my shoulder to commence the day.

I had a goal for the day. I wanted to be at the large river marked on my map by lunch, it was maybe 16 miles away. I wanted to swim, wash, do laundry and chill out. Within an hour of hiking I saw some fresh bear scat. A minute later I saw more scat, this time much older. But no sign of its depositor.

I commenced a huge descent of several thousand feet of mountain to the river below. On the other side of the valley to my right I could hear the unmistakable sound of a chainsaw. I was in forestry country.

It was midday when I entered the soothing waters of The Feather River. Surprisingly it was warm enough for me to enter. I dislike cold water. Layers of dirt and sweat were washed away. On this hot and humid day it was great to be clean.

After almost 3 hours of swimming, laundry, reading and snoozing I set off on the long climb out of the valley. Like parts of the descent there were patches of rainforest and stunning creeks lined every gulley. After only a couple of miles of climbing I reached Bear Creek. As I put down my pack I almost sat on a snake. It was alive but didn’t want to move. It made a great photo subject. This is not the first snake I’ve seen recently. The last couple of days have gifted rattlesnakes and many species of lizards. I do like reptiles.

I kept climbing into the late afternoon on the sometimes stunning, sometimes overgrown trail. When I reached the top I still had excess amounts of energy. I continued hiking until the threat of darkness and hunger caused me to make camp.

I was joined by another hiker I met only an hour or so earlier, Leeanderthal. Darkness and sleep came easy.