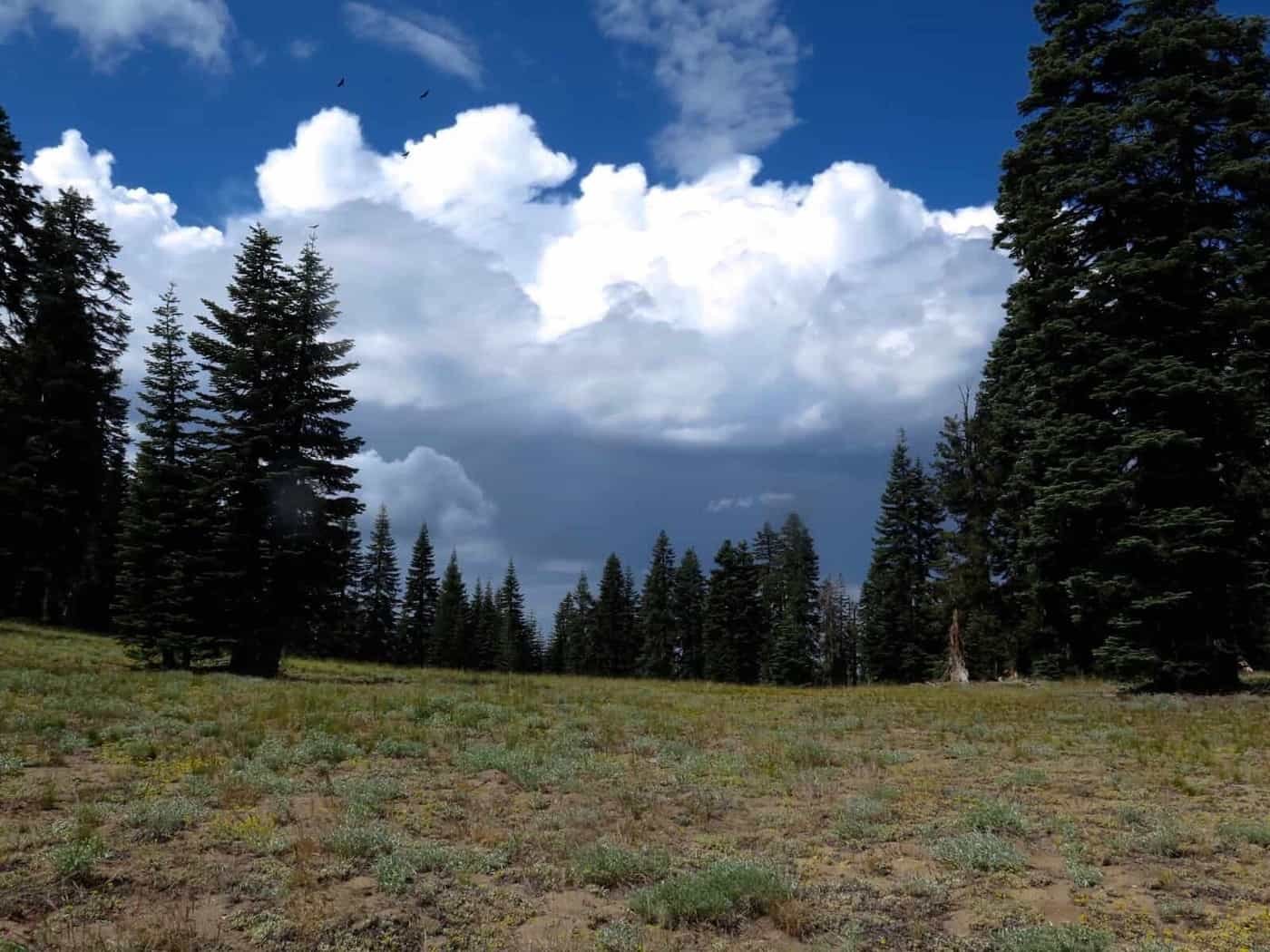 I ran down the exposed treeless trail as fast as my legs would allow. Not the easiest task while carrying my 8kg backpack. Seconds earlier a lightning bolt touched down way too close for comfort. It had come from nowhere with little warning. There was no cover. I was on an exposed ridge.

I was the highest point prior to the descent into the valley of Beldon. More lightning and more thunder. All of them had a 3 second delay between the flash and the crash. I became fearful for my safety and the 2 miles that I ran felt more like a marathon. The rain had soaked me and the wind hit me from every direction.

When I reached the relative safety of the treeline I was exhausted. My muscles were sore, they felt like jelly. All the strength had left my body. I descended the rest of the way into the valley and stumbled into the Beldon Resort for a well earned beer and burger. Relief. I felt the descent could have gone horribly wrong.

The day did not start with drama and anxiety. My tent was pitched right next to the trail. When several hikers walked by with their headlamps on I woke up. It was maybe 4.50am. I waited till about 5.30am before I made a move out of the tent. Leeanderthal who had camped nearby had already gone. Big miles on the trail require early starts. The air was heavy and moist. The first climb of the day caused copious amounts of sweat to fall onto my sunglasses obscuring my vision.

Despite heat and humidity the hiking was fairly easy in the foothills. At one point I contemplated a detour to the nearby Bucks Lake for a meal and resupply but my map showed that the town of Beldon was nearby. So I put my head down and kept hiking. I ate the last of my food around midday and set off among darkening skies. Then, seemingly from nowhere that thunderstorms hit.

I spent the night with the local Beldon trail Angels, The Braatens. World class hospitality, showers and a bed out of the rain. I asked if they had a busy year and how the numbers of hikers compared with last year. As of this date they had hosted 200 hikers. Last year they reached 200 hikers only 3 days later than this year. The suspected huge numbers of hikers have not made it this far north! There has been a very high drop out rate.

I weighed myself on the scales in the bathroom. If they are correct I have lost 10kg (22lb) in 83 days. I’m not even half way through the hike. If this continues I’ll be shopping for clothes in the boys sections. I expected weight loss but not this much. I’m eating huge amounts of food. I really need to rethink my nutrition. Most of my muscle mass has gone. My once strong legs are now skinny pins. I think it’s time to add Olive Oil to all my meals for extra calories.