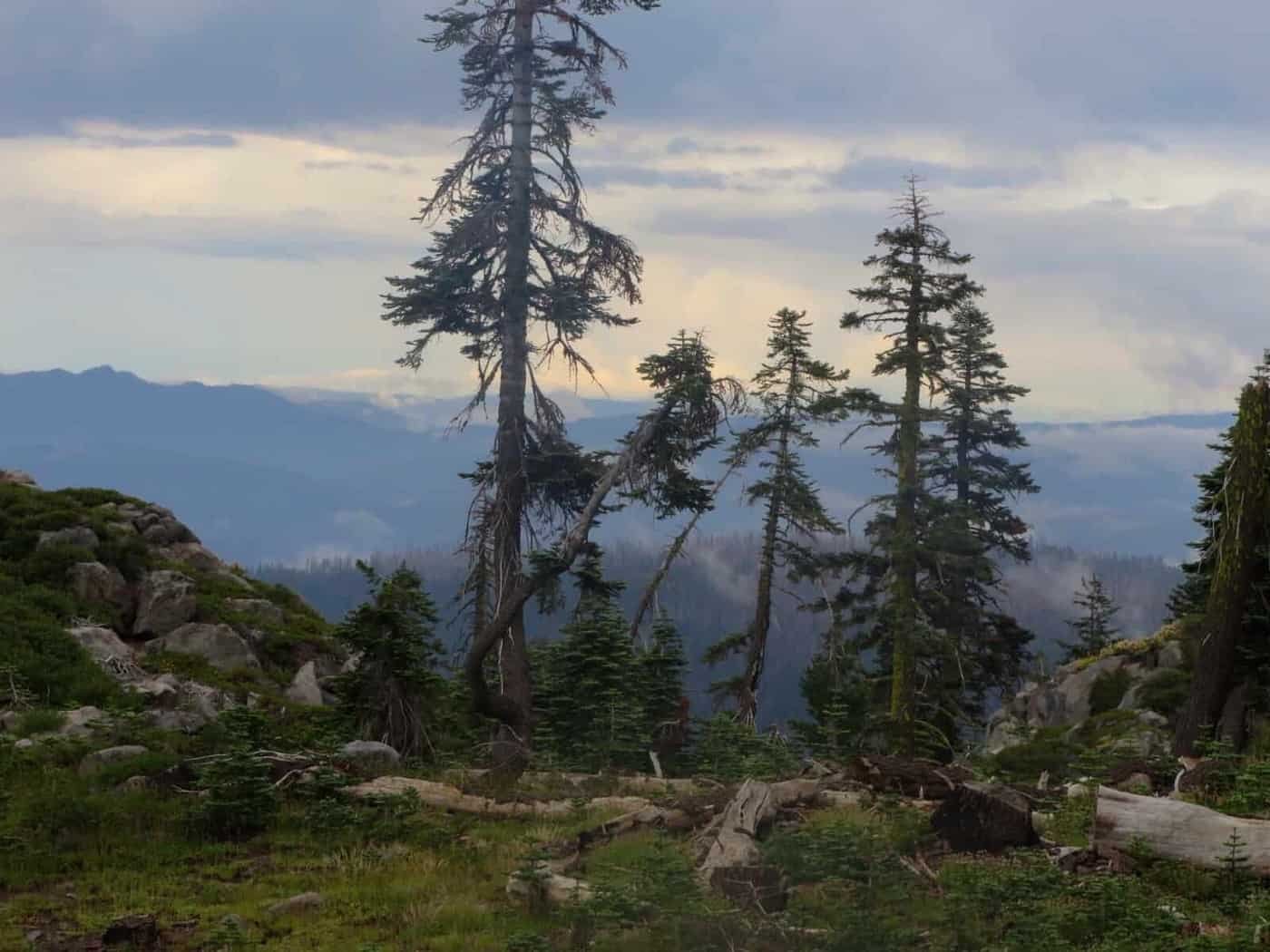 Refreshed, that’s how I would describe myself after staying the night at The Braatons, the local trail angels near Beldon. I woke to the smell of fresh coffee. I think all the other 10 or so hikers crammed into the room woke because of the same smell.

It was 8am when several of us wandered into the Beldon Resort in search of enough calories to assist us with the 5000ft ascent out of town. About 1500 calories later I started the slow climb.

Some parts of the trail were overgrown to the extent that I developed many scratches on my legs. When I was about 2/3 of the way up I heard branches snapping very close to me but off the trail.

I stopped to listen and assess the situation. Was it a bear? Was it a deer? Sasquatch? I did not know. I pulled out my camera hoping to photograph the Sasquatch or whatever it was but I was unable to see what was making the noise. The scrubby bush was just too dense.

It was late afternoon when I reached the top of the climb. I surprised myself. I was not completely exhausted.

Dark thunderclouds that had been obscured during the climb revealed themselves. They were pounding down on the opposing ridge many miles distant. So happens I was heading in that direction.

To the east was a stunning vista of low cloud and layer upon layer of ridges, mountains and valleys that stretched forever. I tried to photograph the view but my camera refused to work. Recent days have seen it become rather temperamental. I shall need to replace it sooner rather than later.

As the storm front moved in I made camp early and listened to the soothing sounds of the raindrops as they landed on my tent.

Next : Day 85 Halfway to Canada