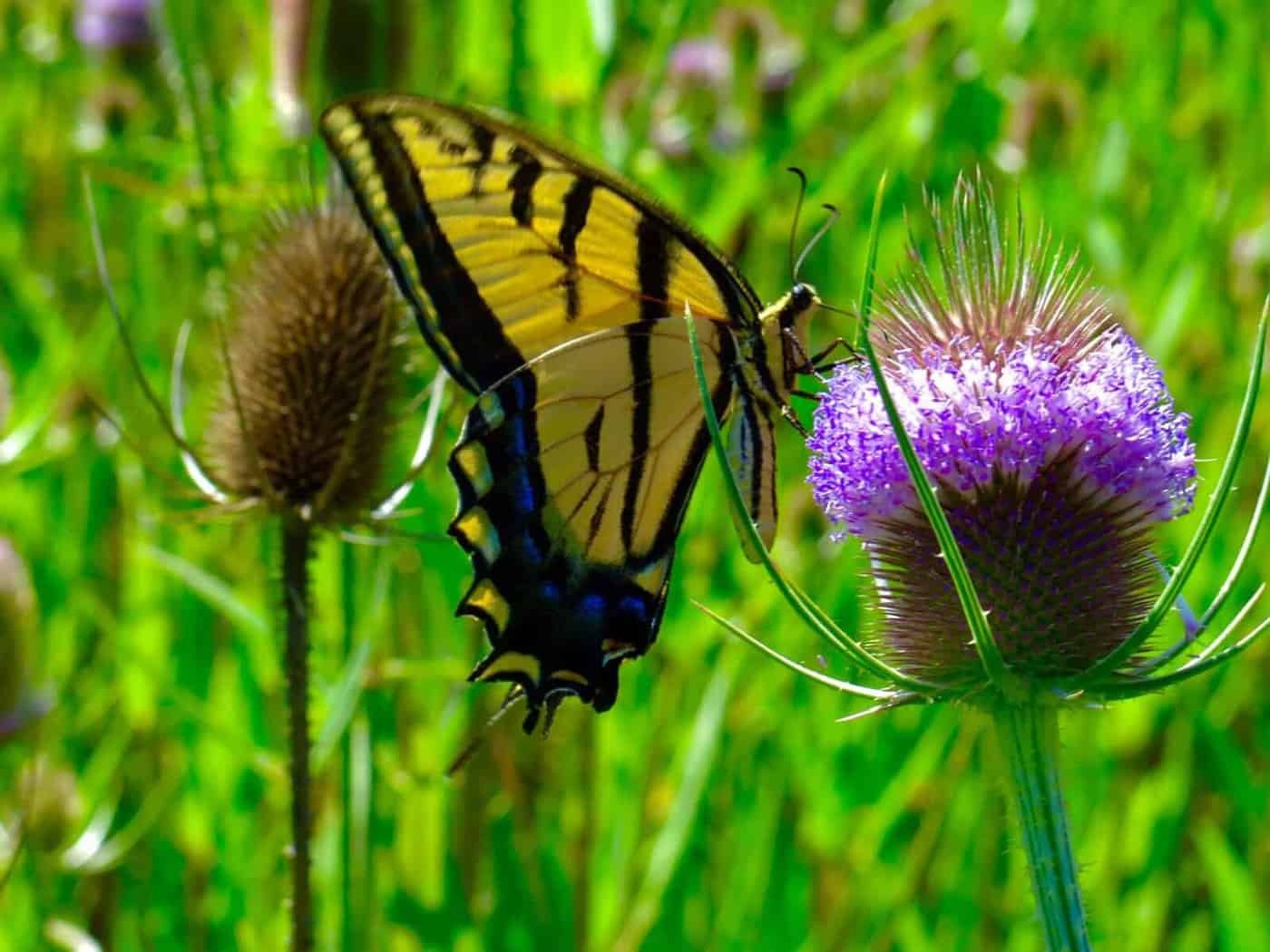 I woke early and was on trail at 5am. It was 5.15am when there was enough natural light. Recently I posted my headlamp ahead in my bounce box. I reasoned that I only used it several times in the last 3 months and it was unnecessary weight. Besides, I have a light on my phone and also on my spare USB charger battery.

I set off with my phone light illuminating the trail. The Jackrabbits and Cottontails were numerous and easily startled as I approached. It promised to be a very hot day but the dawn did not bring any warmth. It was pleasant for hiking. So pleasant that I made great early miles.

Just after 7am I caught Mr & Mrs Smith as they broke camp and started hiking. Yesterday had not been kind to them. The heat and intense sun resulted in dehydration and sunburn. An easily obtainable goal on the Hat Creek Rim. I was fine and moving well on this morning.

The hiking was generally very flat and easy going over sharp volcanic lava. It’s sure to be destroying shoes at a much quicker rate than normal. The black volcanic rocks adding to the ever increasing heat.

By the middle of the day we reached Wild Bills Cache. Complete with solar USB charger, dart board, recliner chairs, solar shower and ice cold cans of soft drinks. Perfect. Thank you to the trail angels that maintain this haven.

The afternoon heat was hot. It was 93F (34C). Shade was a bonus. While the heat neither worried me or slowed me down too much  it did cause some chaffing which ultimately slowed me to a stop. It was annoyingly painful. Mid afternoon I arrived at Burney Falls.

Ice Cream was inhaled, then 1 litre of chocolate milk. I reluctantly paid $7 for the honour of allowing the General Store to receive my food package.

I checked the ‘hiker box’ which is a collection of discarded food and other items left by other hikers. Leave what you don’t want and take what you need. I scored powder to relieve chaffing from the hiker box. Before long I set off into the heat of late afternoon.

While on trail I tracked the fresh prints of a bear. It could not have been on trail more than 30 minutes before my arrival. I know this because the bear prints lay on top of another hikers fresh tracks that left Burney Falls 30 minutes ahead of me.

Almost all hikers spend part of their day tracking the prints of other hikers. The soles of all species of shoes are unique and with a little detective work we are able to know who is ahead of us, sometimes we can even judge how many minutes or hours ahead they are! Spend enough time on trail and you too will develop this skill.

5 miles out of Burney Falls I was done. Too sore and too tired to continue. When Mr & Mrs Smitg arrived they too decreed their exhaustion. Camp was made early.

I’m sitting in my tent typing up this blog post. It’s dark. Mr & Mrs Smith are camped next to me and probably already sleeping. I’m dehydrated. I’m exhausted. So exhausted the effort of writing this is almost too much. This is quite possibly the most tired I’ve been so far on the trip. At one point I drop the phone while writing mid sentence. It’s time to sleep.