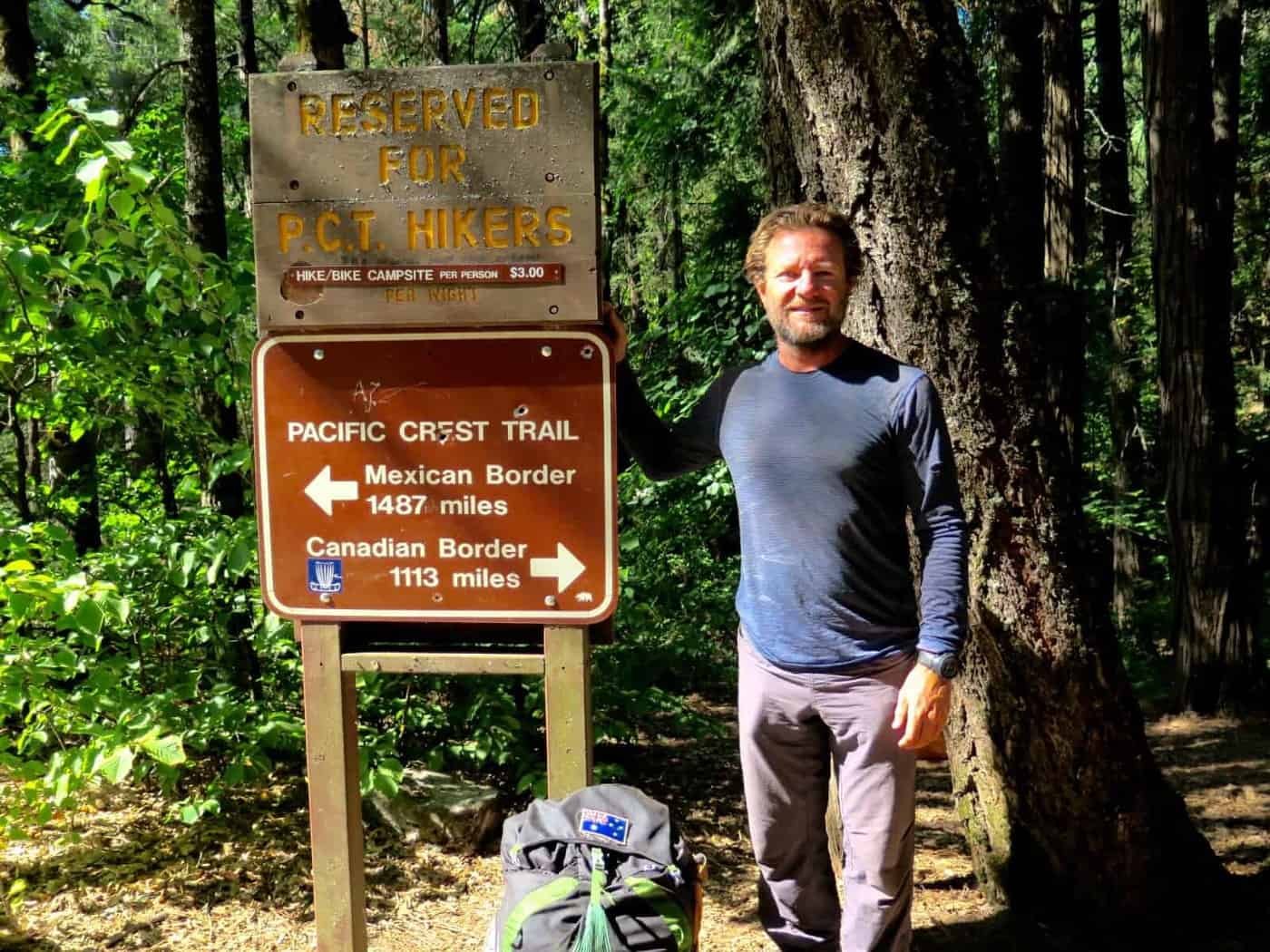 The plan was to hit the trail late in the afternoon when we were well rested and the weather was cooler. Things didn’t go to plan. The day was spent being incredibly lazy. The overnight noise from the nearby interstate freeway and freight trains was not enough to interupt my sleep. I slept late, ate constantly, hydrated often and picked up my post packages.

Hikers congregated under the shade of the largest tree near the Chevron Gas Station. It was a spectacle. Dirty, smelly hikers with worn out dirty clothing sprawled out on the grass.

Travellers would stare at us as they filled their vehicles. Sometimes we refer to ourselves as ‘Hiker Trash’. It’s a term of endearment, a badge of honour.

As the heat increased Teflon, Minty Fresh and I went to the nearby Sacramento River for a swim. The cold water defeated me. I got knee deep but couldn’t make it any further. The cold water had a rather disturbing affect on my feet. I lost my 6th and 7th toenail for the hike.

That’s right I have lost 7 toenails. It wasn’t painful. I think I am the current class of 2015 lost toenail leader! I think I lost more toenails than Cheryl Stayed!

Late afternoon a thunderstorm approached. The weather radar looked like we were going to get smashed. We didn’t. But the plan of getting back on trail changed when Tomtit, Bushtit, Scoobie, Whole Roll and Mr & Mrs Smith forced me to drink a beer. Sucked into the vortex. Damn you vortex.

Teflon escaped the vortex at about 6pm. We will leave early tomorrow and walk together to Etna. My body really needed the rest.