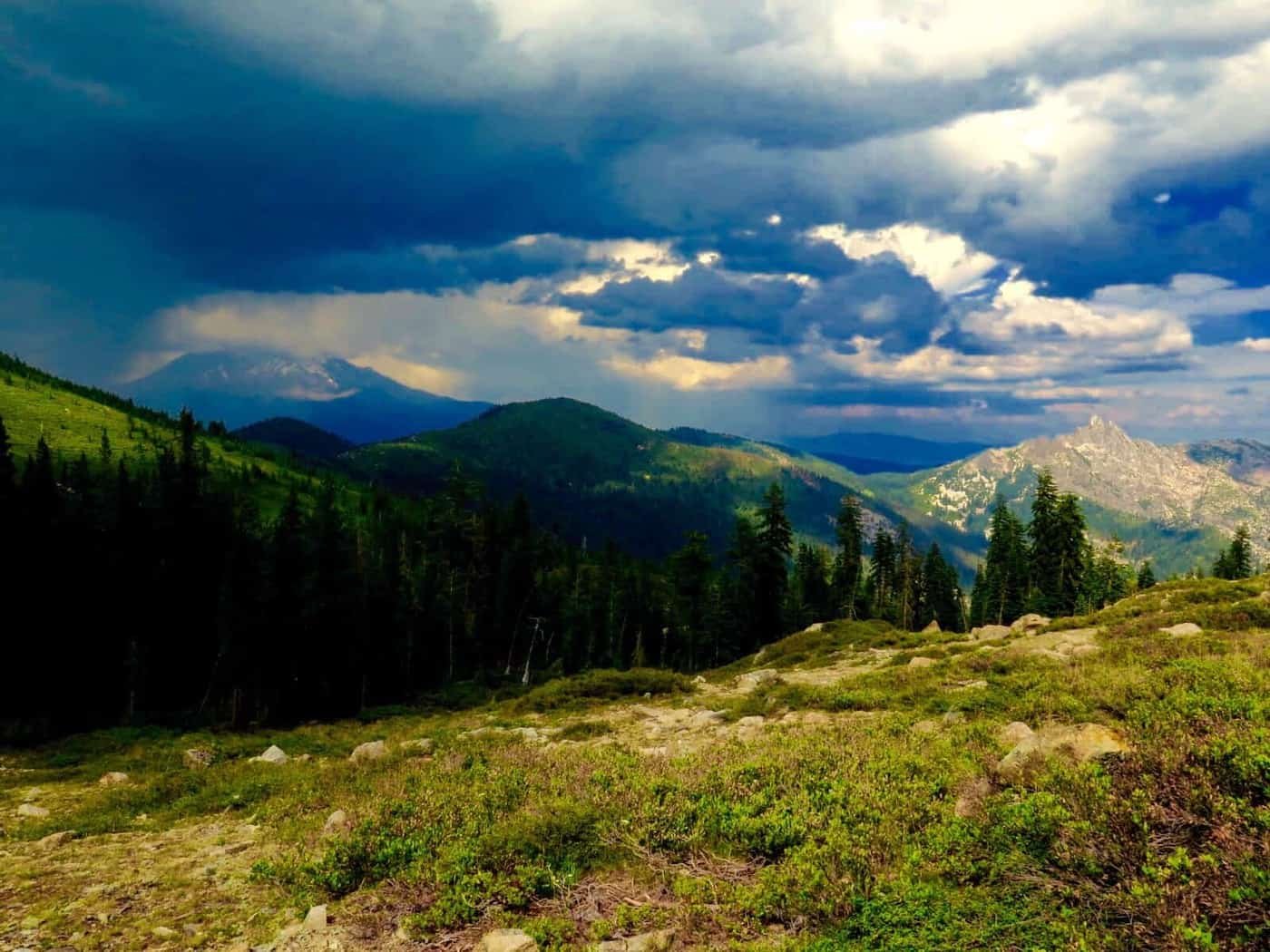 I was the first hiker to leave Castle Crags Campground in the morning. Last night had left some people unable or unwilling to rise. Mental note to self: Do not pitch tent next to picnic table when hikers buy large amounts of alcohol, it makes sleeping impossible.

While I did not partake in the drinking session, well I did have two beers, I was too close to the action to sleep. It was all good natured, they are all great people.

The trail for the morning climbs around the impressive granite spires of Castle Crags. The view was somewhat inhibited by a haze that did its best to dull the colours from the landscape. Was it a heat haze, was it the humidity, was there a nearby fire? I did not know.

I walked alone for most of the morning until about 10.30am when Mr & Mrs Smith caught up. I misread the water report and thought I had to carry water enough for 20 miles. In this heat and with a 4500 foot climb I was loaded up with 5 litres of water. I was also carrying a full resupply of food for 100 miles.

My pack was heavy. Very heavy. I was somewhat embarrassed and disgusted with myself for not being more thorough with my preparations for the day. My body paid the price.

Lunch was taken in the shade of a pine grove. The first crashes of thunder were heard only a couple of miles away. It sounded like it was getting closer.

We continued climbing towards the high point of the day following a stunning ridge line. Mt Shasta was like a magnet for the thunderstorms. Wave after wave of storms seemed be close to us but not dangerously so. Well, until we made camp that is.

Our camp was in a small grove of trees  next to an exposed ridge that commanded views to the north. We were joined at this small campsite by Jenraffe and Humpit.

There had been only a few spots of rain but at least 2 lightning strikes were within a mile of camp. We all felt safe but glad not to be on an exposed ridge. After last nights lack of sleep I think sleep should come easy tonight.