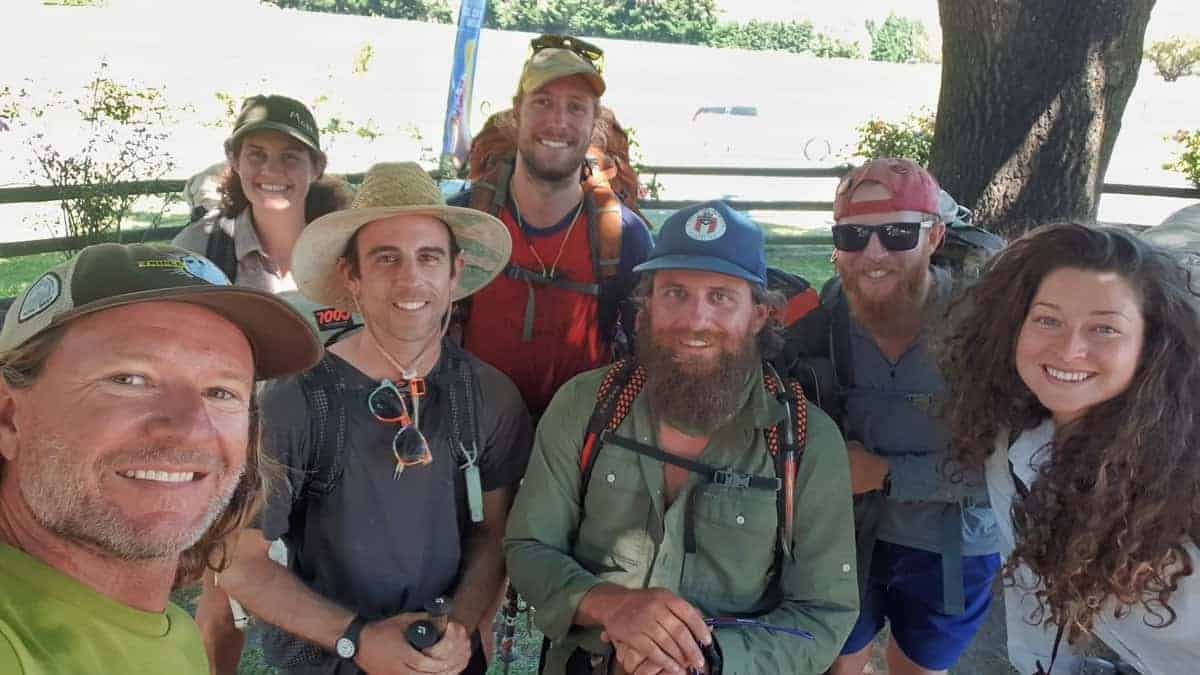 Never ever buy a resupply on an empty stomach. That is a rule that most thru hikers always follow, myself included. If not, there is the tendency to buy way too much food. I walked into the grocery store in Wanaka after a couple hours of hiking in the morning. I was hungry. I bought way too much food. Don’t be like me.

A couple of days ago I cracked the frame on my el cheapo plastic sunglasses. I bought some superglue that cost almost the same price as a new pair. I sat on a bench in the skate park of Wanaka repackaging my oversupply of food when I tried to repair my sunglasses. I opened the packet of superglue, pierced the tube, screwed on the plastic funnel then used my mouth to bite off the tip of the funnel to let the superglue flow out. I didn’t realise that the plastic nozzle already had a hole to let the glue flow out.

Superglue poured into my mouth. First my tongue, then in my haste to get rid of it I tried to spit it out. I succeeded in having a layer of glue on my tongue, then inside of both my lips and on the back of my teeth. None came out when I spat. It really is a super glue, it sticks to everything. The only person at the skate park was a young girl practicing her 180 degree kick flips.

What an idiot, she must have thought, seeing this guy spitting and cursing for no apparent reason. I broke some dental floss trying to cut through the layer of glue on the back of the teeth. Even as I type this at night I can still feel the glue on the back of my teeth. I guess it will dissolve and I’ll inadvertently swallow it over time. I should have looked at the poison information on the label before I threw it out. I am not immune to stupidly.

I left Wanaka just after 10am and followed the trail around the lake for 4 hours to the campground at a place called Glendue. On route there is a famous tree called the Wanaka Lake tree. This tree sits in a shallow section of the lake. Its fame has reached China with many of them venturing all the way to New Zealand to take a selfie in front of it. Not all were interested in taking photos in front of the tree. Other were more interested in throwing rocks at the nearby ducks. I said hello to one of the young ladies. She looked at me and laughed. Maybe it was the fact that I hadn’t had a shower or washed my clothes since Lake Tekapo over a week ago.

I followed the lake trail in the heat of the day. It was very hot and when I arrived at the store at the campground several other hikers were there. They all hiked the Appalachian Trail the same year as me, 2017, and one of them recognized me. Apparently we all met in New York state somewhere.

They certainly looked familiar and we name dropped other hikers and we had many mutual hiking friends and acquaintances but we all admitted that our memories were not that good. As I’ve mentioned before, the long distance thru homing community is a small world.

My original plan was to stay at the campground and start hiking after lunch the following day. Overnight a storm front is passing over bringing winds and heavy rain. It shouldn’t last long but I decided I didn’t want to hike in a storm if it’s only a short one. There was a hut several hours walk away. I had too much food and decided to take refuge there and have a lazy morning. I could even spend 2 days there and still keep hiking and not run out of food.

I arrived, stripped off in the nearby stream and washed off my layer of smell and washed my clothes. Using only river water was never going to be as good as a soapy shower and clothes washed in a laundry but now hopefully people will not look at me and laugh.

Distance to The Bluff 397km