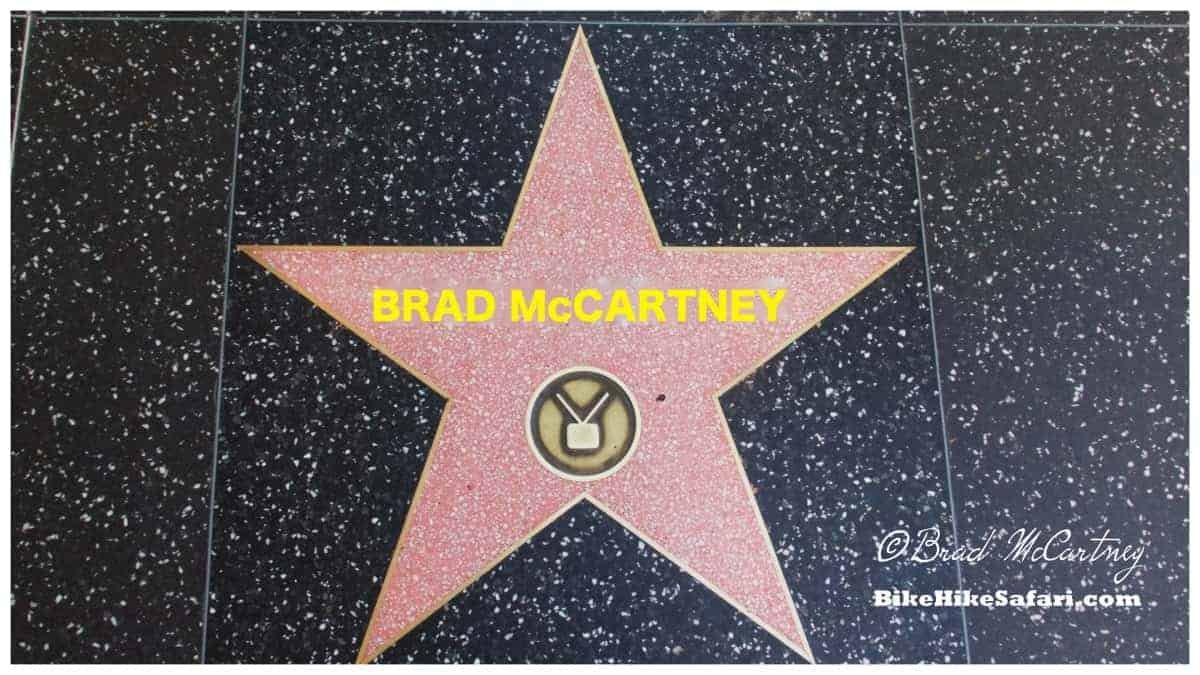 Cycling San Diego to Los Angeles can be done at anytime of the year. There are a surprisingly good network of cycle paths. campsites and resupply options for the short journey.

This is just a small part of my cycling and hiking journey to all the best places in the world.

Although it was winter, I was glad to finally bask in the warmth that was San Diego. In a strange twist of fate I caught a cold which lasted through Christmas and for many days after. Proof, in my eyes at least, that cold weather has absolutely nothing to do with catching a cold. I was, however, glad to feel warmth on my skin for the first time in many weeks.

I arrived in San Diego with no expectations and only spend a very short amount of time ‘seeing the sights’ as it were before turning my bike north for the first time since I cycled to the Canadian arctic town of Inuvik in July. North to Los Angeles I headed.

Due to the still lingering illness I planned on taking 3 days instead of 2 days to cycle to Los Angeles. For a large part the cycling followed the coast or at least near to it. The network of state parks had campsites that occupied prime real estate overlooking the Pacific Ocean.

Sites cost a small fortune for most people but the hiker/biker sites are cheap, varying from $6-10 per night with only a one night stay allowed. Off the record I was told the one night limit was in place to prevent the large homeless population from overrunning the place. I was told there was a large migration of homeless that head south for the winter.

One section of the highway between San Diego and Los Angeles passes through a military base, or at least the cycle path does. I was refused entry, even though its open to cyclists. In fact other cyclists were both ahead and behind me passing through!

So I had to take the busy interstate freeway, complete with signs that said no cyclists. At this point I realised I needed a haircut so I didn’t get confused as being a homeless person. Even though all the homeless people I met on bicycles were for the most part nice people.

Despite being refused entry to the cycle path that crosses a military base I had little problem with the mostly flat ride into Los Angeles. The last several kilometers along the beaches both south and north of LA airport were world class.

I stayed in the Hostel in Santa Monica which is a bicycle touring friendly hostel. I quickly fell into the hostel vortex despite my efforts not to. Out till 4.30am sipping on expensive beers, visiting Hollyweird, sitting on the beach in the middle of winter and feeling warm and my sitting at Angel Stadium watching the opening round of the Supercross which is something I have wanted to do for as long as I can remember.

Then there was the visit to the Staples Centre to watch the Hockey game between NY Rangers and LA Kings. My buddy Doug is the scout for the Rangers and was in town and was gracious enough to take me to the game. On route we went to lunch and a drive to Malibu. While sipping coffee at Malibu the Kardashians step father was there having coffee!

The hockey game between NY Rangers and LA Kings was great to watch. It was special to be there with somebody who was able to explain the rules and provide an incite to the game that he loves. I’ve watched Ice Hockey before when I was working in Canada many years ago but this was much better. I have once again been so blessed on this trip.