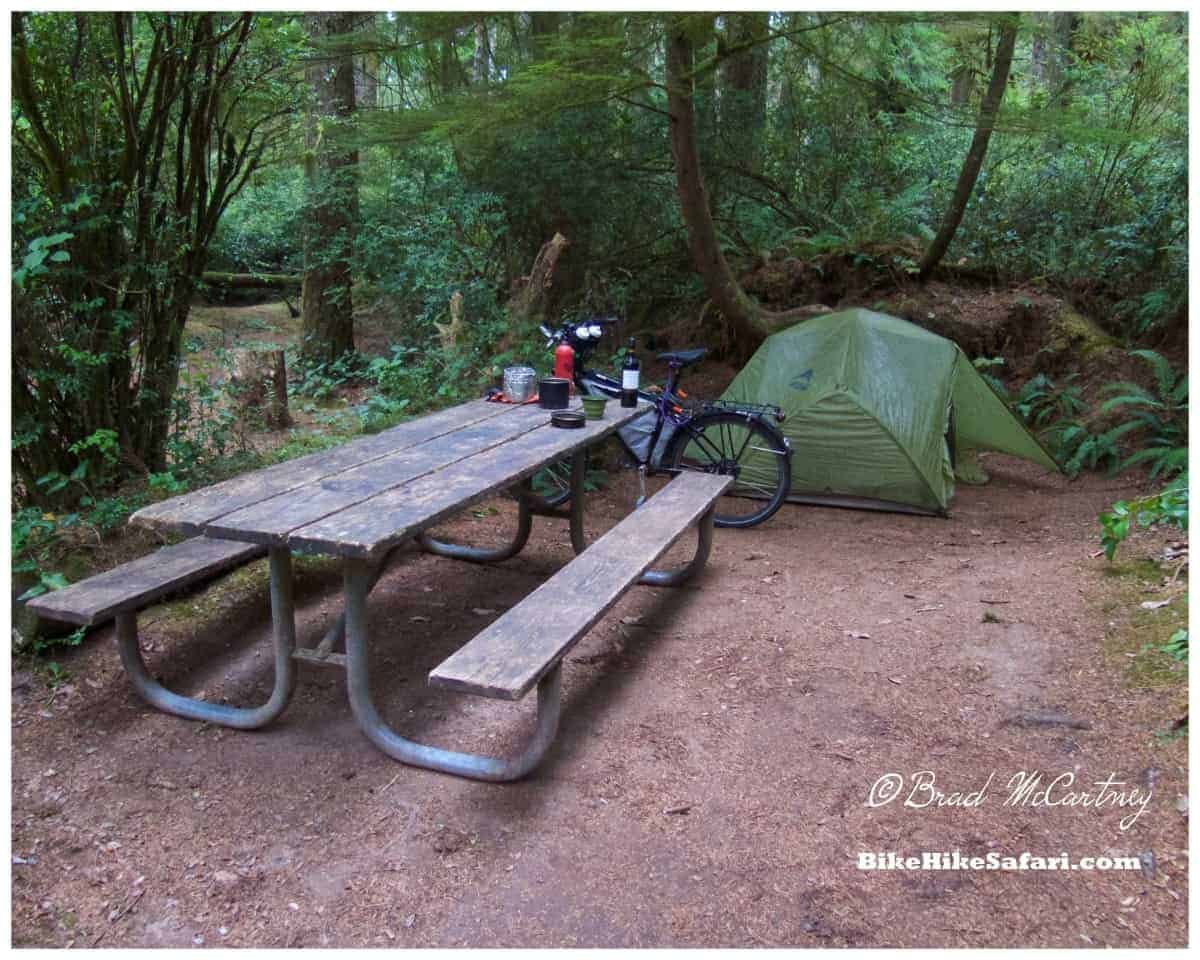 A bottle of Australian wine is half the price here in USA. Luckily the bottle stated that it should be enjoyed with grilled steak (I wish), Pizza (I wish) or tomato based pasta sauce. I cooked up my bowl of pasta and smothered it with chilli, pepper and Newmans Own Tomato and Basil Sauce, topped off with Parmesan cheese. So was my dinner at Honeyman State Park, arguably the best hiker biker camp site in Oregon.

For the last two days sea fog has dominated the vast majority of the days and nights, with only brief glimpses of sunshine. Yesterday while making the long climb out of Cape Lookout campground I was drenched in a combination of sweat and moisture from the fog and clouds that absorbed into my clothing and bought on a quick chill.

The result was an extended period in a cafe drinking coffee and drying off, all the while waiting for the sun to finally burn the fog off, which it did.

Not long after the sun was out I stopped at Boiler Bay with all the RV crowd spying on a group of Grey Whales frolicking only meters offshore. They were joined by several playful Sea Lions. I was not in a hurry to leave but as the weather was sensational I continued down the coast until sunset when I pulled into my next Hiker / Biker Campsite at South Beach State Park. The rising along the coast was sensational today.

The Fog rolled in at night and was still there the next morning when I departed. The sun only broke through the fog for a few hours all day. As the road followed the coast for the majority of the day I was not treated to the spectacular views that I may have otherwise seen on this part of the coast. During the course of the day 3 other cycle tourers from Britain and myself leap frogged each other for most of the day, the three of us, Nick, Jimi and Peter eventually camping together at Honeywell State Park. We all agreed it was the great campsite. Oh, and the wine went very well with the pasta.

Next : Cycling the Southern Oregon Coast