Cycling the Ventura Highway in the Sunshine 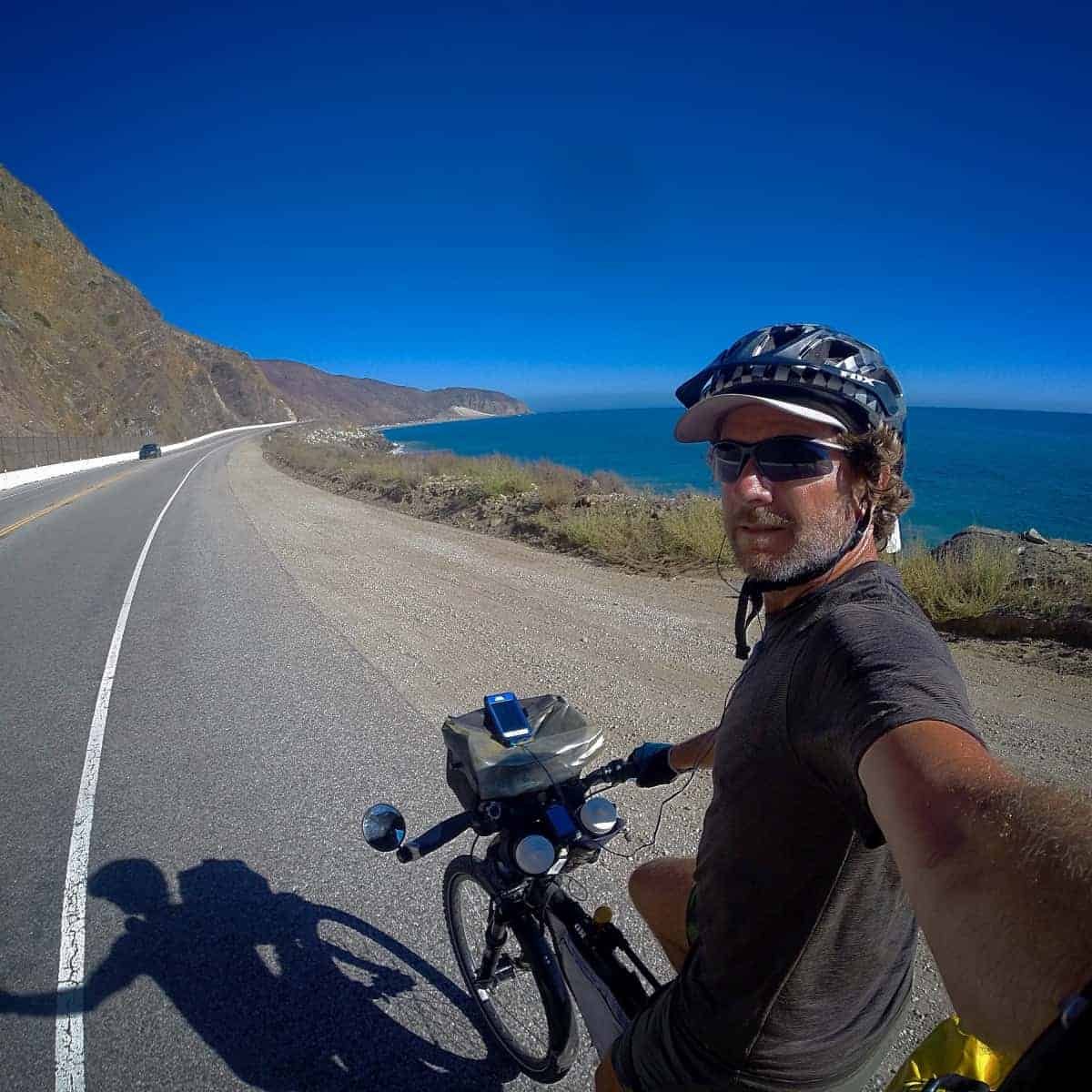 Only two small hills stood between me and the flat coastal plains of southern California. I hadn’t really taken any notice of where I was going and what sort of sights I might expect for the days ride.

So when I hit the flat coastal plains and observed hundreds of cars and motorhomes parked by the side of the road I was curious. Elephant Seals. Hundreds of Elephant Seals on the beach, just resting. Its not the first time I’ve seen these large sea mammals lazing on a beach.

Last year when I first started this journey I found myself hiking on a remote beach in southern Tasmania. I found a large seal on the beach, much larger than I’d ever seen before. It was an Elephant Seal. They normally don’t travel to Australia preferring to stay in the sub Antarctic waters. My sighting was rare.

In fact I was contacted by a scientist that had somehow found my website and was able to identify the very seal I was looking at! Ah Science, gotta love it. Anyway, I stopped and had a wander along the boardwalk to observe these large creatures. If they share anything in common with their southern hemisphere cousins then I suspect they rarely come onto land, spending almost their whole life at sea. But I’m not really sure.

A short distance from the Elephant Seal Beach I saw a large gathering of cyclists. I thought about stopping but continued. Turns out it was the turn around point for a 100 mile Saturday morning  cycle trip. With my heavy adventure touring bike I couldn’t keep up with most of the riders on their 6kg lightweight bikes.

My bike is about 40-45kg fully loaded. As I rode along I was encouraged by the large amount of positive comments I received from the riders. On several occasions I was offered a meal by the riders. Eventually I decided to join them for a meal. It was close to the end of the day and I had planned to camp nearby. Soft delicate meat, baked potato with sour cream, ice cream and cake. So nice at the end of the day.

The following two days were rather boring days of riding a combination of freeways and backroads with little or no shoulder. I decided early on to just make miles as their was little of visual, cultural or natural interest for me. So I just cycled and stopped just long enough to rest and eat. It set me up for another stunning ride as I rode along the coast from Ventura.

So very close to the metropolis that is Santa Barbara and Malibu yet the roads were not crowded. I camped near the coast at the mosquito infested Sycamore Canyon with two German cyclists I met at the previous campground.  In between dinner, showers and providing a meal to the mosquitoes we chatted about our travels as is common when a group of touring cyclists get together.

We talked about gear, bikes, destinations, people, other cyclists and more. I mentioned to them about stopping at the Starbucks Cafe in nearby Malibu for a coffee in the morning. I mentioned how I saw some guy called Bruce Jenner when I was there last year. I believe she has now changed his name! Anyway, we all arrived there and went in for a coffee.

I recognised somebody but couldn’t quite pick out who it was at first. Turns out it was Chuck Norris. I drank coffee with Chuck Norris. Well, not really, but in the same room as him. I was too shy to ask for a photo, but I did take a photo of his star on Hollywood Boulavard when I was here last year!

The road into Santa Monica was easy enough as I cycled past the beach houses and hilltop mansions. My body was awfully tired. I needed a rest. The pain in my legs and feet have yet to ease. My hike on the Pacific Crest Trail has really hurt me and I’m looking forward to some time off in Los Angeles to rest, swim at the beach, read and go to the cinema.

Next : Last Days Cycling in USA

17 thoughts on “Cycling the Ventura Highway in the Sunshine”