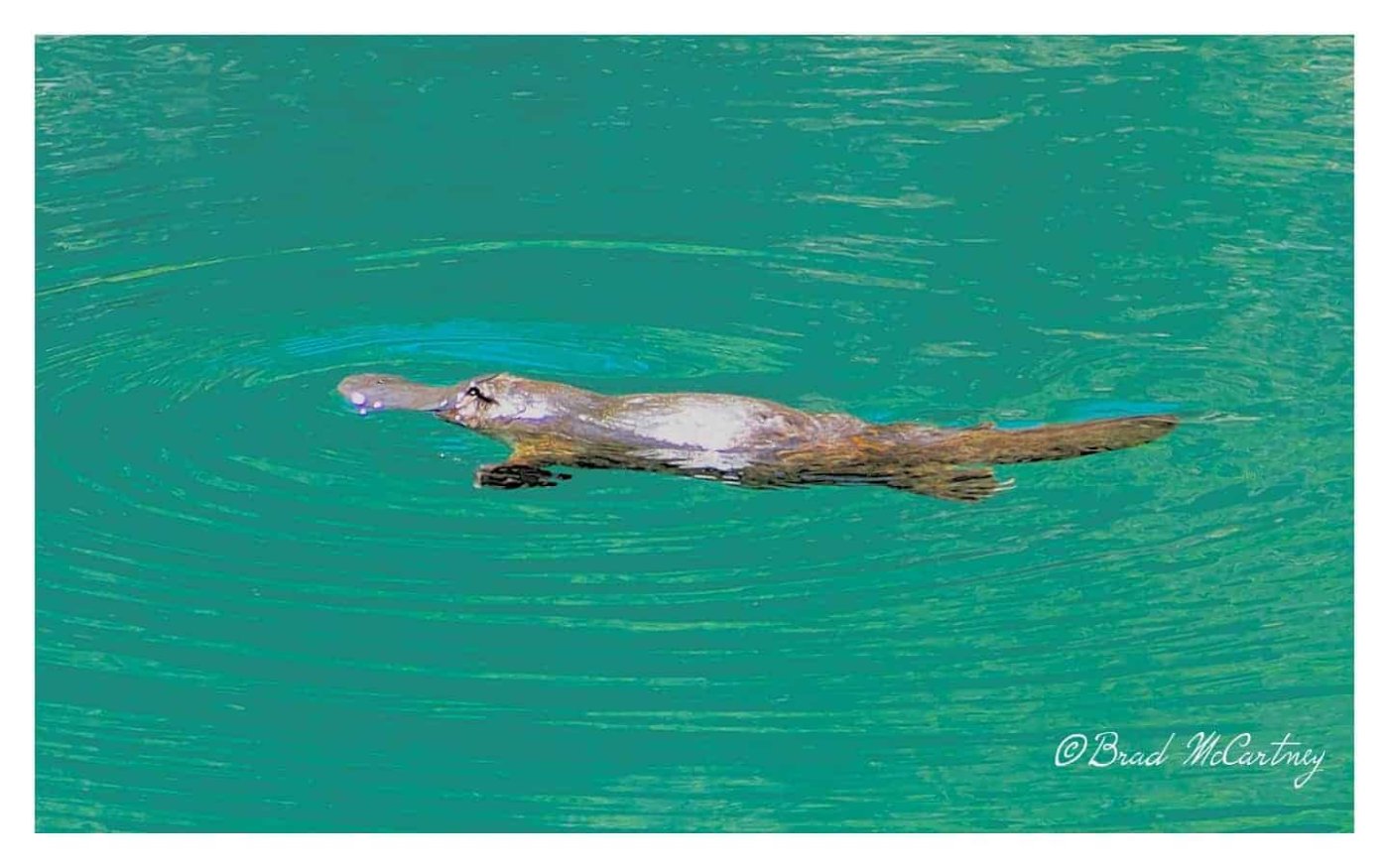 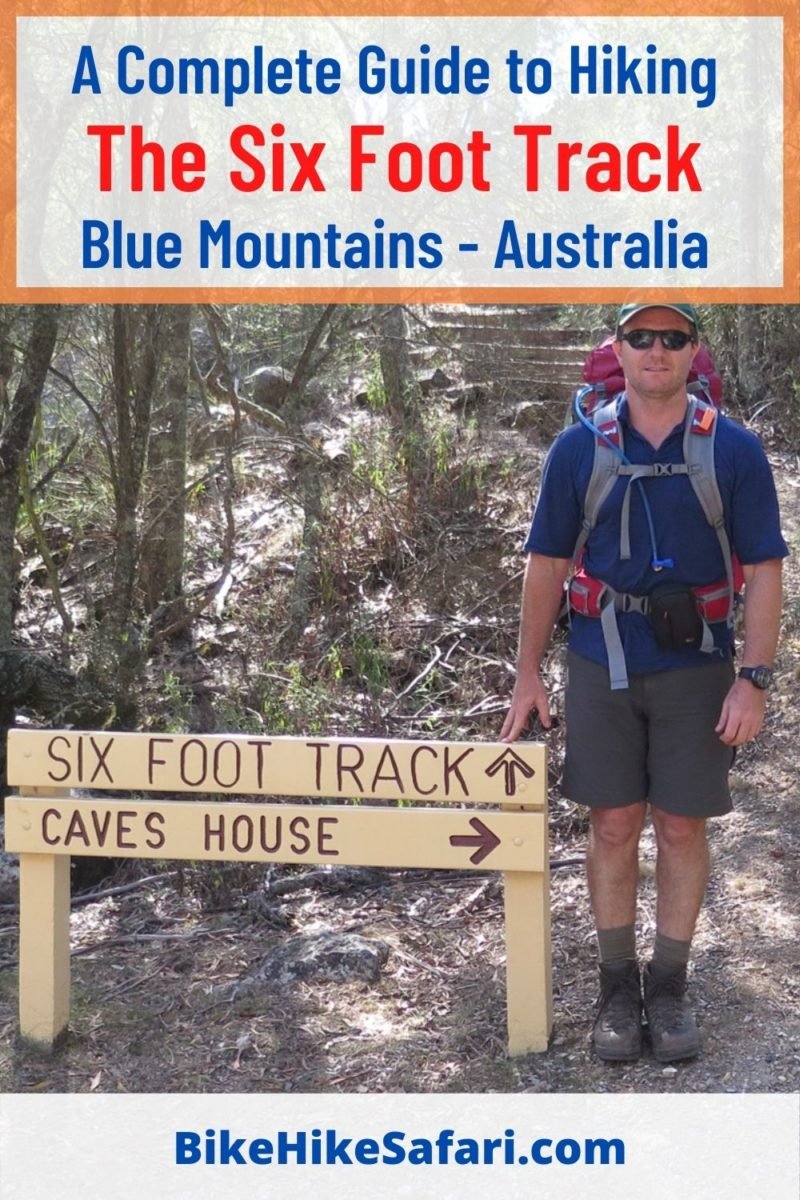 Hiking the 6 Foot Track Blue Mountains is one of the easiest multi day hikes in the Blue Mountains, just west of Sydney. This trail is a great first overnight hike option for those with little bushwalking experience. Not only that it is easy but there are great public transport options.

Little navigation skills are needed for the 6 Foot Track, although a map and compass are needed. There are comfortable campsites with water, toilets and flat sections for pitching the tent. The trail is 44km long and there are some hills but its all relatively manageable for anybody of average fitness level. Its also possible to complete the track with the assistance of public transport, which is a bonus.

Safety Tip
Hiking alone? Or want to know how to get help in an emergency? Hire a Personal Locator Beacon from your nearest Macpac Store.
Click to find your nearest store

Transport to and from the Six Foot Track in 2023

Transport is relatively easy to Jenolan Caves or Katoomba, so leave the car at home and let somebody else do the driving.

Catch the train to and from Katoomba. From there it is only a short 3km walk to Explorer Tree which marks the start of the trail.

Transport to and from Jenolan Caves is a little more expensive in 2023 with the only option being hitch hiking or using pre arranged hiker transport from CDC Bus.

Like most people I caught the train to Katoomba and had lunch in town. By 12pm I was fed, watered and ready to go. What I didn’t count on was the weather being above 30 degrees. Beware, it can get hot in the Blue Mountains during summer, although most of the time the weather is milder than Sydney.

What Gear to take on the Six Foot Track

The Six Foot Track Blue Mountains is a relatively easy trail and for most people the they may want to upgrade some of their hiking gear. I have written several extensive guides on the best lightweight gear that may assist in choosing your gear purchases.

It was about a 3 kilometre walk from the Train station to Explorers Tree, which is the official start of the track. I headed along Main street and the Great Western Highway. From the explorers tree the track heads to Nellie’s Glen and the gully that funnels hikers into the Megalong Valley.

It was thankfully shady and cool, but still a steep decent. Once at the bottom it was a long trudge through fire trails and farmland to the banks of the Coxs River. Would have been great to mountain bike this section, with stages of awesome singletrail but they are banned from this area.

At the Coxs River I choose to walk across the swing bridge. It was erected to make it easy to cross the river during floods. Then another short walk of about 20 minutes to the campsite.

I was surprised when I arrived that there was nobody else there. It was 5.30pm. For such a well known, accessible hike I expected there to be at least a couple of hikers there, and it was a Friday night so how many people might be having a long weekend. As I started from Katoomba at 12pm, surely there was nobody else behind me.

About 30 minutes later a couple of English lads arrived carrying a very small daypack and 2 shopping bags over each shoulder. Not your average method for transporting your gear while hiking. But they made it. They told me they left before me but went to the resort several kilometres away and found out they were a little lost. They had a bit of a laugh then set up camp.

Total of 5 hours 30 minutes walking for the 18 kilometers for the day, including rest stops.

I set of with the intention of making it to Alum Creek Reserve campsite before the main heat of the day and having a rest and stocking up on water for the long push to Black Range campsite, but I left camp at 8am and it was already warming up fast.

While hiking to Alum Creek Reserve Camp I was passed by several trail runners. It appears to be a popular past time, running very long distances through bush trails. They have a race along the 6 foot track every year, the winner completes the marathon distance in 3 hours 15 minutes. Crazy time.

Note – The 6 Foot Track Marathon is held on the second Saturday in March, hikers might want to avoid hiking the trail that weekend.

Alum creek campground has several riverside campsites with a running creek which provides water for drinking. There is also a toilet in this quieter camping area. I filled up a total of 4 litres of water which I treated with a Steripen just to ensure it was drinkable. By 10am it was already 30 degrees so I thought I would need 4 litres before the campsite which was 12 kilometres to the next water.

From Alum Creek the track rises and rises with little respite until I reached the top of the ridge at about 12pm. It was hot and I had already consumed about 3 liters in the short time from Alum Creek. I had to make the rest of the water last the final flatish section to Black Range Campsite. After several extended rest stops I reached the campsite at 2.30pm. By this time I had no water left but I was very well hydrated and not concerned about having no water.

There were several people at Black range Camping Ground already. One guy started hiking in Canberra. He was following the Bicentennial National Trail. I cycled several hundred kilometers of that trail last year. There was also a couple that arrived 30 minutes ahead of me after camping at Alum creek the previous night, must have been close behind them at some stage on top of the ridge line. After a several hour wait the English guys staggered in at about 5pm, both shattered, but grateful to be there.

This campsite is flat and has water, it is also quite close to the Jenolan Caves road and could easily be a place to car camp or have friends meet you while hiking.

I started hiking at 7am. I wanted to completed the majority of the short 10 kilometer hike from the camp to Jenolan Caves before it got too hot. With the exception of the last couple of kilometers or so it was flat or easy downhill and I covered the distance in no time.

By 10am I was sitting in the cafe at Jenolan Caves sipping on flavoured milk and a somewhat healthy sandwich. I stayed there for an hour or so just watching the tourists go about their holidays. A short time later I heading down to Blue Lake which is on the other side of a large Natural archway that doubles as the main road through the area.

I managed to convince several other somewhat skeptical hikers that there was a chance of seeing one of Australians most secretive animals, the Platypus. Well, sure enough the Platypus was there and putting on a show, diving for 1 to 2 minutes at a time searching for food. ( EDIT: The dam where the Platypus lives was recently drained of water, the platypus has moved elsewhere :( ) I didn’t really hold out much hope of seeing one there, they are after all normally nocturnal. Well, a great end to a great 3 days of hiking.

I pre-arranged a bus to pick me up from the caves.

Would I recommend this hike?

Definitely. It is not too difficult, yet hard enough. Your body will know it has been hiking for 44 kilometres. Navigation is easy, I didn’t use my map once. I did carry my smartphone which had google maps and and PocketEarthPro offline map. It was used to work out how far I was from the campsites. I wouldn’t bother with a GPS for this hike.

Reliable, clean water was at each of the campsites. I carried up to 4 litres of water for my summer hike. This was more than enough for me. On a cooler day 2-3 litres would be sufficient. I did end up with blisters. I was wearing new shoes. Take my advice and wear your new shoes on some shorter hikes before taking an overnight hike with them.

Have You Hiked the 6 Foot Track?  Was it easy? Got a question about hiking? Leave me a message in the comments section below.