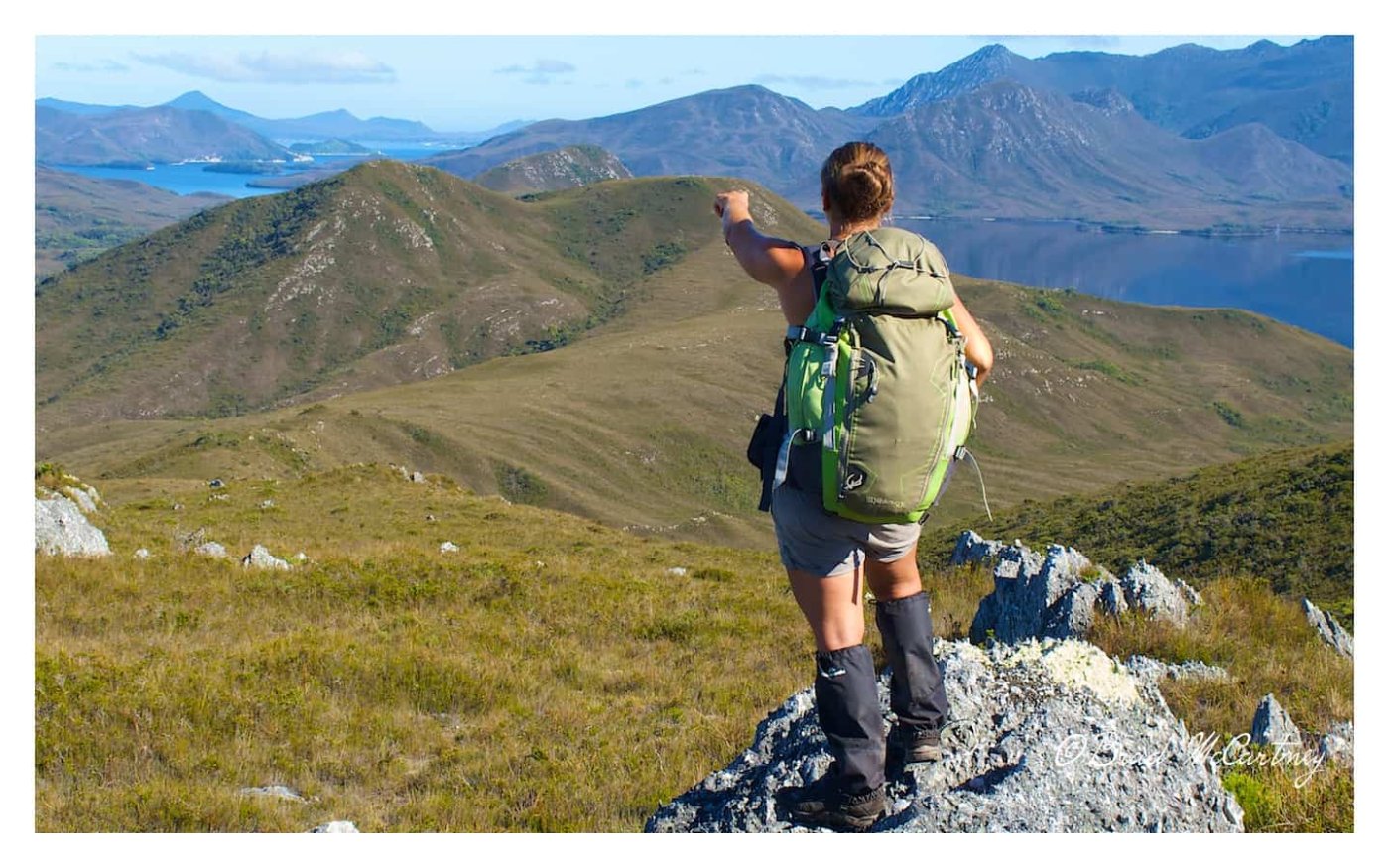 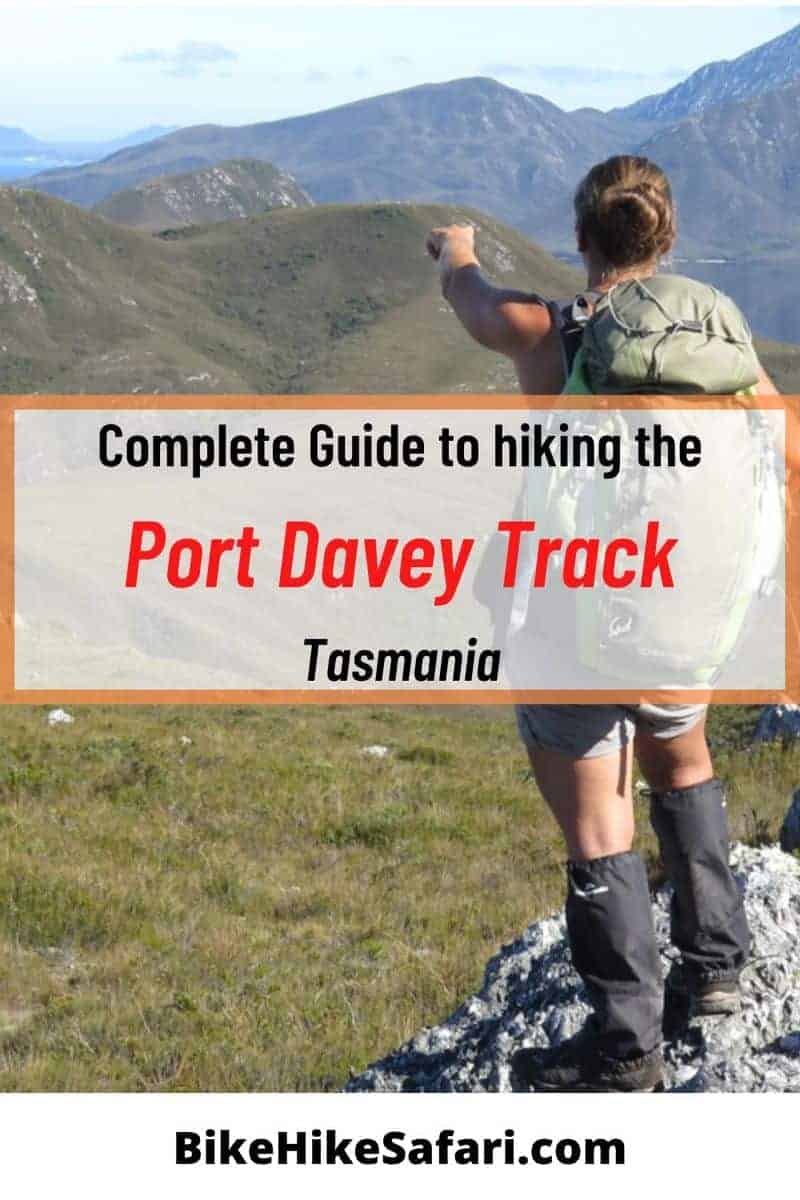 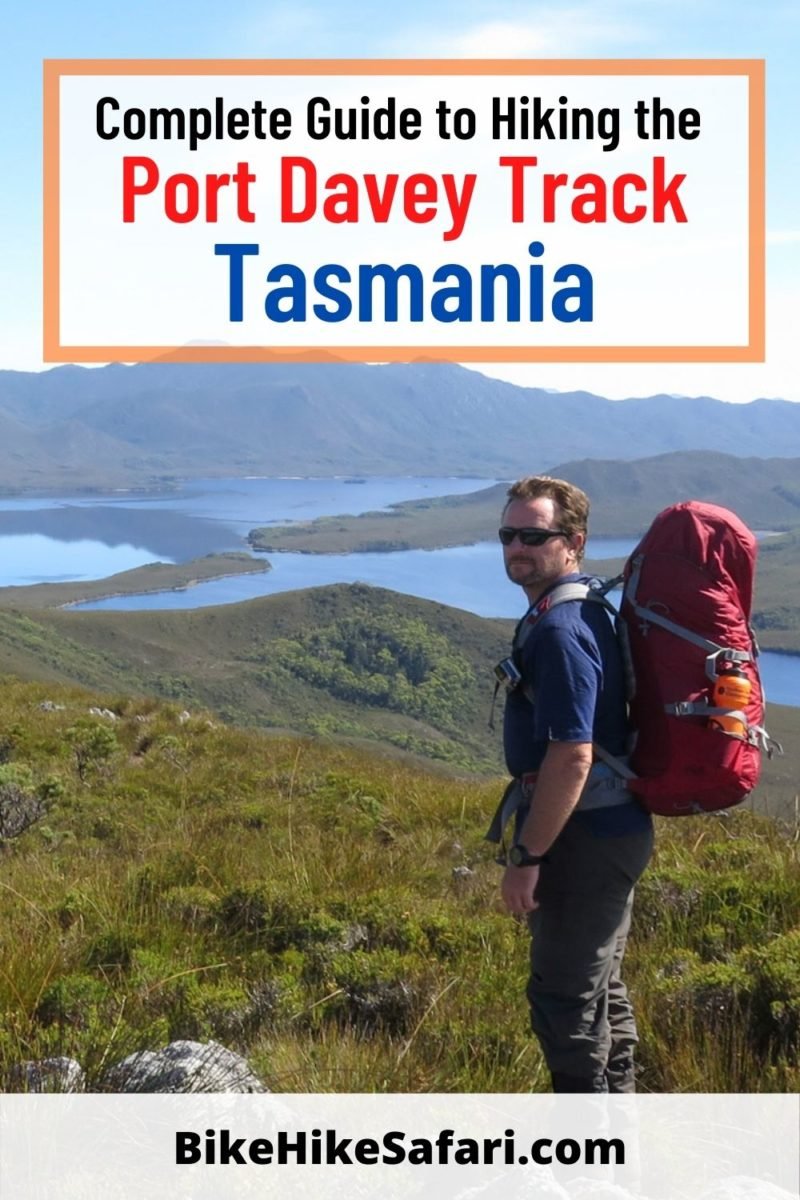 The Port Davey Track is not hiked as often as it’s nearby neighbour The South Coast Track.

Most people start at Scotts Peak Dam and hike to Melaleuca Airstrip. From there you can fly back to Hobart. A better option, if you have the time, is to continue on the South Coast Track to make a continuous 9-13 day hike about 160km in length. To facilitate and easier hike you can organise a food and fuel drop half way at Melaleuca.

With a choice of options on transport to and from the Port Davey Track, here are your choices.

Getting to the Scotts Peak Dam to access the hiking trails such as the Port Davey Track and Western Arthurs is not easy. There are several options:

Organise to start or finish at Melaleuca Airstrip. and fly with Par Avion.

If choosing to hike the Port Davey Track and South Coast Track you can organise for a food drop to be delivered to the airstrip at Melaleuca by Par Avion.

They fly there on a regular basis with food drops and also sell fuel for all types of stoves. I organised a litre of fuel to be picked up. When I hiked the trail I flew in 11kg of food which included 2 litres of wine and 1kg of fruit cake along with other treats to keep my hiking group motivated.

The food and fuel is stored in a rodent proof box near the airstrip and hut. Our cardboard box was undamaged when we arrived. After unpacking our food box a pilot arrived and kindly packed our box out for us, including our rubbish. That was not expected but greatly appreciated.

A Complete Guide to Lightweight Gear for the Port Davey Track.

Try to pack lightweight if possible.

The hike started with light rain and drizzle which was only heavy enough to annoy rather than dampen anything. Within a couple of hours it ceased and the Western Arthur Range came into view. Most people stop at the campsite at Junction Creek but as it was early so we forded the creek and kept moving. In heavy rain this can be a very sketchy crossing so keep that in mind when fording this creek in heavy rain.

We continued through the glacial sculpted valleys of the Crossing Valley with the White Valley Mountains on the right and the Western Arthur Ranges on the left to our first campsite of the trip at Crossing River. At crossing river we had a most interesting meeting with a German couple heading in the other direction.

They advised that they had been hiking for about 28 days from Lune river with lots of side trips. The guy started with a pack weight of 40kg and the girls started with a pack weight of 30kg, mostly cookies. They were in great spirits and very positive in their attitude, even if they looked like they needed a good feed and a week in under a hot shower.

From Crossing River camp there had been some recent fire damage that had made an obvious changes to the landscape. It meant that there was easy walking for us as most if not all of the trees and shrubs had been decimated by the fire.

The results meant uninhibited views of the surrounding White Monolith Range and its mountains such as Sculpted Mountain, Wombat Peak, Scrubby Peak and Stonehenge Peak. By lunch time we reached another campsite, Watershed Creek, we were somewhat surprised to find a German bloke, Sven. He was late in leaving camp, seems like he was taking his time. We took our time over lunch before heading off to the area known as the Lost World Plateau.

The track was in great condition with easy walking so we decided that we would try and make it to Spring Creek for our overnight camp. As we got closer the area scarred by the fire finished and the track took on a more muddy side. We passed Sven who camped at a small campsite near a flowing creek just off the Lost World Plateau. It was getting late when we reached Spring Creek and we followed the obvious footpaths through the storm damaged area until the footpaths disappeared.

We backtracked and followed the next most obvious track, they too disappeared.  Then a third time until we saw the error in our ways and found the track. The river crossing was damaged by a fallen tree. We made it across to find that the marked campsite had been destroyed by trees felled from the storm. Back across the river again to the less than favourable camp. With positive attitudes we laughed the day off as a long tiring day which made our minor but frustrating errors multiply.

Once again there was fine weather when we left Crossed Spring Creek again for the 3rd time as we set our sites on camping at Bathurst Harbour by the end of the day. The walking was fine and we temporarily set our sites on climbing Mt Rugby, one of the highest mountains in the area which promised great views of the surrounds. As we approached we decided that it would be more prudent to give it a miss for now and continue to Farrell Point on the North Side of Bathurst Harbour. The track up Mt Rugby looked non existent, at least we couldn’t easily find it.

We were there in perfect weather. It was even warm enough for me to go for a swim and I hate cold water. Bathurst Harbour is huge. There is a narrow channel that needs to be crossed by row boat. National Parks provide the boats for hikers. The winds and tidal flow can make things interesting for some groups. We arrived to tides that appeared to be running out through the Bathurst Narrows at about 2 knots. we waited until late afternoon when the tide slowed to cross the 300 meter crossing. There are supplied row boats on either side of the narrow channel which required us to make 3 trips to ensure there was a boat on either side. The campsite on Joan point was stunning and the afternoon dinner spent watching the setting sun on one of the remotest harbours in Australia was magical.

When we set off this morning the weather was grand. Low fog drifting outwards from the harbour onto the surrounding valleys and low lying country. After another brief geographical error we arrived near what appeared to be a track which indicated that it went to Mt Beattie. We checked with the map and decided to give it a crack. And I’m so glad we did.

The views from the climb and summit of Mt Beattie were stunning. Bathurst Harbour, Mt Rugby, the narrows and Port Davey were visible as was our ultimate destination for the day, Melaleuca. We lingered at the top for quite a while taking in the vista. We decided to take a short cut down to the remaining sections of the Port Davey track. It was shorter both in time and distance.

It was a very hot day and we ran out of water while at the top of Mt Beattie. Lucky the short cut took us to a small creek to quench the thirst. We sighted Sven again who was busy making a cup of coffee for the afternoon. He invited us to partake in the ritual. It provided the energy to make it to our destination.

Melaleuca, our campsite for the night has a free hut to stay in. Valerie, Sven and myself were the only one staying in the hut. There were posters in the hut of Lake Pedder before the dam was built. The old map showed the original Port Davey Track which crossed the now flooded dam area on route to the small town of Maydeena. Must have been quite a trek back in the 60s and earlier. Friendly and helpful volunteer rangers greeted us at the hut. Our food package had arrived so we opened the box of wine and fruitcake after dinner. Only a small amount of wine and I was somewhat tipsy, my tolerance when hiking was obviously non existent. Suffice to say I slept well.

The Port Davey Track is often overlooked as one of the boring tracks of the South West. I enjoyed the whole thing from Scotts Peak Dam to Melaleuca. There is diversity and the region around Bathurst Harbour is stunning. The great weather on the trip added to the pleasure. Highly recommended. Click on the link for Part II of the trip the South Coast Track.

Total of 75km in 4 days including all side trips etc

Have You Hiked the Port Davey Track or though of combining this hike with the South Coast Track?  Got a question about hiking? Leave me a message in the comments section below.

Next : Hiking the South Coast Track