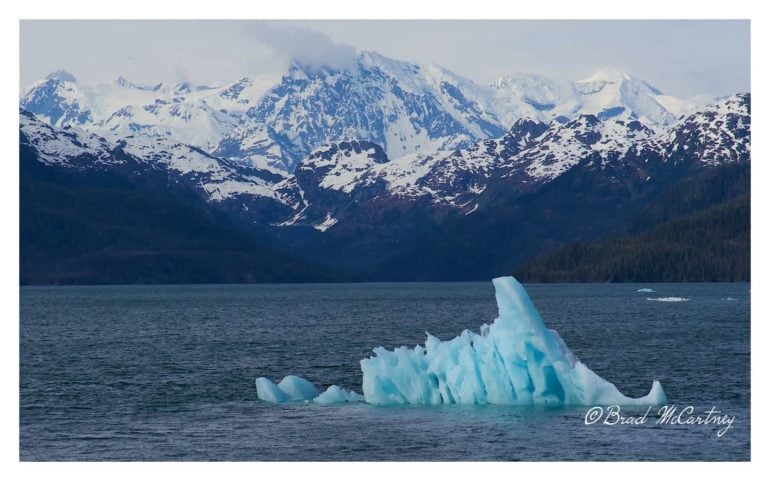 Its not all about the bike. Sometimes traveling by ferry is a good option.

The original plan of spending a couple of days Sea Kayaking around Prince William Sound was cancelled due to the high winds, nobody would rent us kayaks. So the next best option was to take the Ferry from Whittier to Valdez.

It was good to be off the bike for a day. So for $101 myself, Johann and Lucile jumped onto the slow ferry with our bikes to Valdez. It was almost like a private charter as there were only 3 other passengers on such a large boat. The passage took a bit over 5 hours. It was hard to stop looking out at the scenery, high mountains, glaciers, icebergs, Humpback Whales, Sea Otters and Seals (or were they Sea Lions).

This was the area devastated by the Exxon Valdez oil spill and to this day things haven’t recovered even though the spill doesn’t even rate a mention on the worlds largest oil spills. Some animals have not recovered to pre spill levels. But as a means to cross Prince William Sound, it was relatively cheap, there was great scenery and we now have access to some of the wildest parts of Alaska, the back roads from Valdez to Denali National Park!

Next : Cycling the Richardson Highway in Alaska – Valdez to Paxson