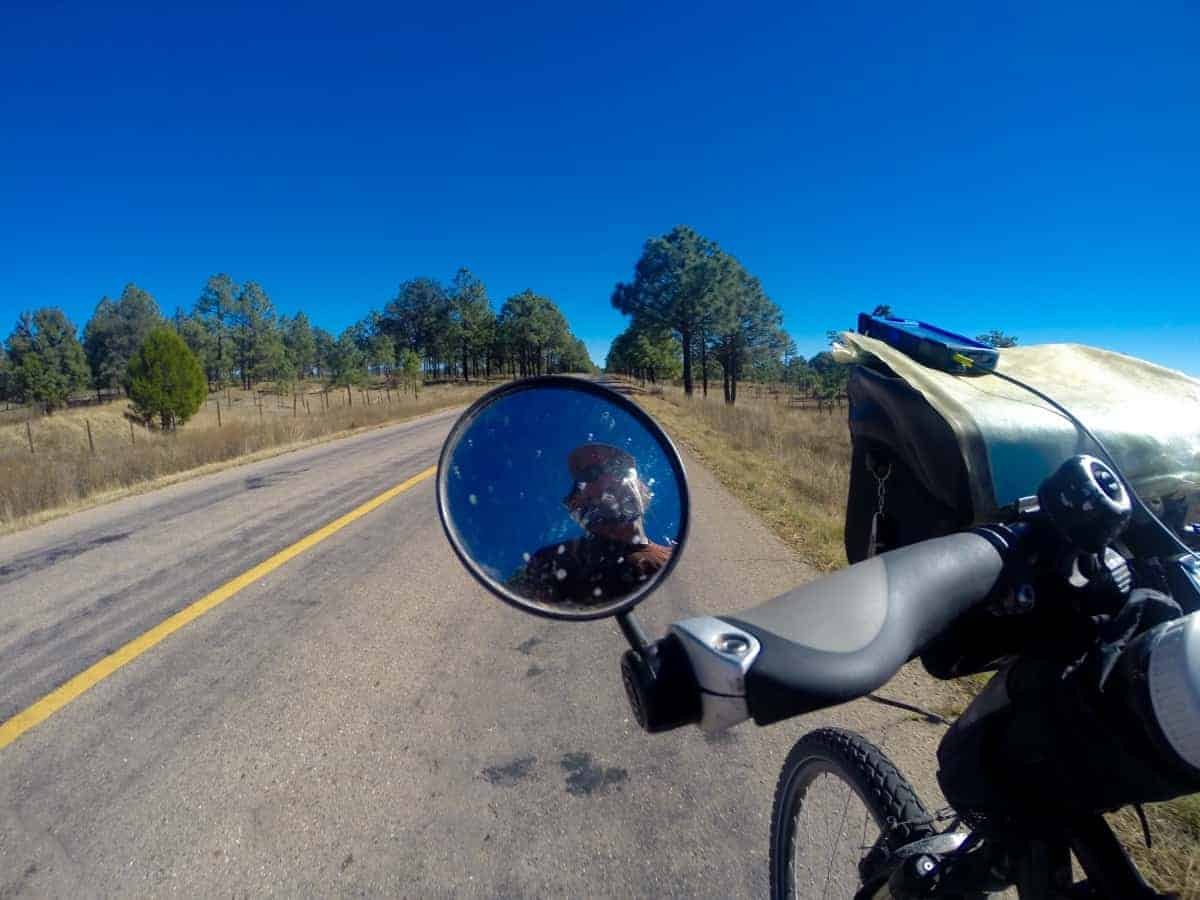 A local guy joined me in a restaurant in the town of Guachochi. I was enjoying my favourite Mexican meal of Huevos Rancheros. ‘Did you know there is a curfew in town‘, he said. ‘No‘, I replied, ‘Is it enforced by the Police or the Military‘. What he said next had me questioning my safety. ‘Neither, it’s enforced by the drug cartels. 5pm everybody should be off the streets‘.

Only a week earlier there had been some trouble which resulted in the shooting death of one of the military. There was a lot of tension in town. This local was genuinely concerned for my welfare. I told him how I camp off the road, out of sight if possible. He agreed that was a good idea.

We spoke a little further about the trouble and living in this part of the world. ‘Things have been quiet here since about September or so last year‘, he said. ‘But what can you do. Life goes on. We work, we feed our families. Tourists are not the target. You would have to do something really dumb like steal from a plantation to be targeted‘. Despite tourists not being targeted I wanted to leave this town.

It was a shame that the local tourism industry in this part of the world no longer exists. When I rode into town the large main hotel appeared empty. I also wondered why there was so little traffic on the road in recent days. A google search confirmed the problems in the town. It also revealed that while I was spending my last night in the town of Creel there was a Gang related shooting. This stuff is real. I’m getting out of here.

It was mid afternoon when I finished lunch and hit the road. I cycled as far away from the canyonlands as I could in the couple of hours before the ‘5pm’ curfew. It was a shame, I wanted to visit the nearby Sinforosa Canyon.

I pulled far off the road on some trails used by the locals as they walk between villages. There was a lack of large trees for shelter but lots of semi desert vegetation to shelter me from sight. The weather forecast promised a very cold night and my campsite was at 2500m and cold it was.

I woke before the sun had a chance to warm my tent. I was too cold to sleep. My sleeping bag is rated to -7C (20F) but it was dirty and lacking a bit of that nice warm loft. When the sun rose my thermometer showed a chilly -6C.

My water bottles were frozen and there was a layer of ice on the inside of my tent. Suffice to say it took a while for me to warm up and get on the road. When I did it was cold. It was cold for most of the day. It wasn’t until I started to decrease altitude that it warmed a little. The scenery varied from rather average pine forest or semi desert scrublands at the high altitudes and dry farmlands at the lower altitudes. I spent the night sleeping in a farmers field out of sight of the road.

I made good time in the morning to make it into the town of Hidalgo Del Parral. I treated myself to a more flash hotel than I would normally spend money on. For two days I planned routes further south and gorged myself.

Next : The Mexican Outback

12 thoughts on “The Warning”