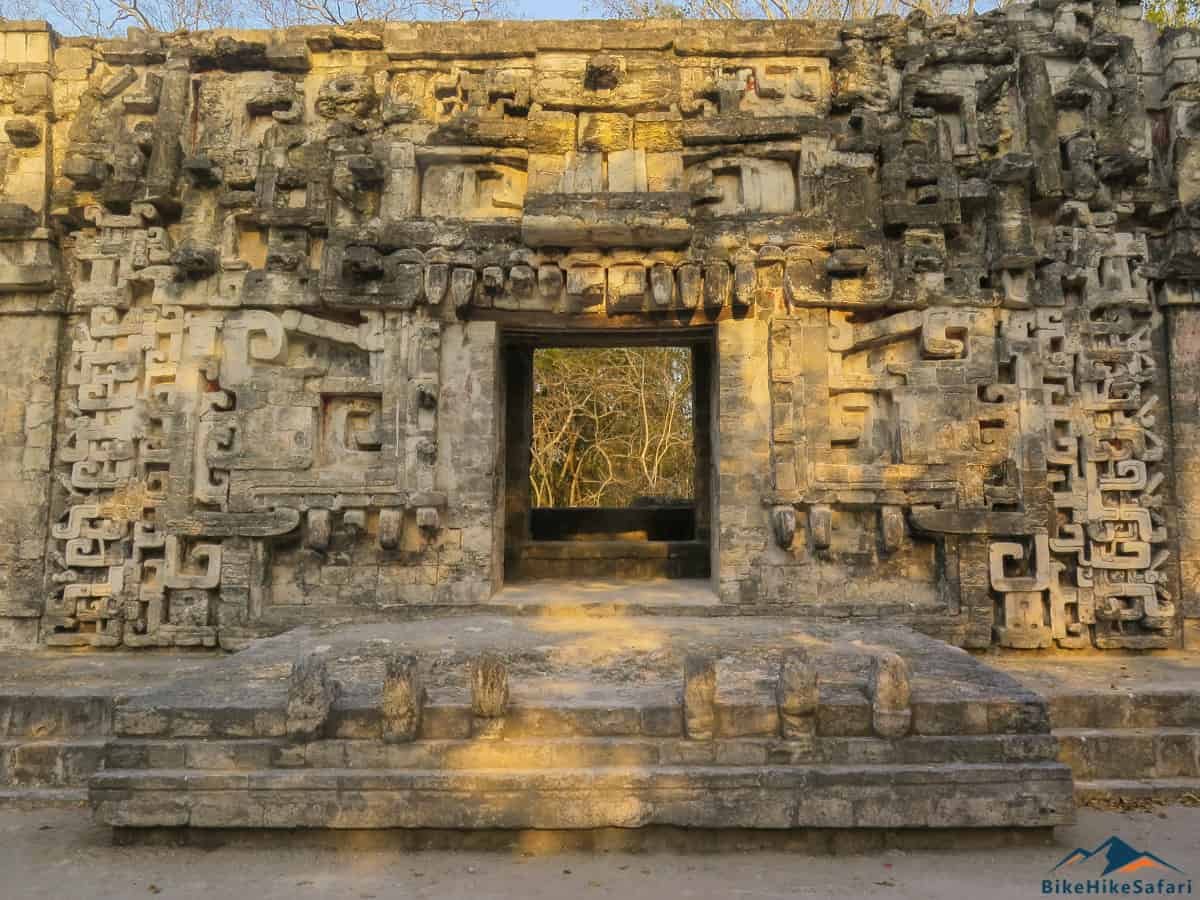 I chucked a lefty when I hit the highway near the Mexican coastal town of Chetumal. In doing so I gave up the chance of chilling out on a beach in favour of endless forty plus degree heat of the bone dry Yucatan. I was in search of yet more remote Mayan ruins. I can’t seem to get enough of them. By the end of this journey I will probably have visited more pre Columbus sites in the Americans than any other adventure cyclist.

The southern parts of the Yucatan peninsula states of Quintana Roo and Campeche are loaded full of Mayan site in various state of restoration. To get to them I had to cycle in temps above 40C. Reminds me of the many years I spent living in the small town of Jabiru in Kakadu National Park at home in Australia. The months of September to November were brutally hot at home, the same as this time of year on the Yucatan Peninsula. In fact, now that I think about it, the scenery is a little similar in many places. One thing is for certain, it kept the tourists away.

Xpulhil ruins were the first ruins I came to. A humble site near the hub town of Xpujil. It only cost a couple of dollars to wander around the site for about 30 minutes. I was alone at this site. Unlike some of it’s bigger cousins this site didn’t have the wow factor of Tikal or the feeling of being an early explorer when visiting of El Mirador. It was right on the main highway so made a great rest break from cycling.

Becan was also near the main highway. Only a short detour of about one kilometer. The buildings were a little bigger and in a better state of restoration. As the site was also small it took me about 45 minutes to wander around, including enough time to climb the large pyramid.

A smaller site that has an impressive looking building complete with teeth at the entrance to a building. I was there very late in the afternoon. Only 15 minutes before closing time. The friendly guard didn’t seem to mind that I might be out a little late. I did rush around the site but took a toatal of about 25 minutes.

Balamku ruins were several kilometers from the road and again I was alone. It was my last stop for the day before making a plan to visit the biggest sight on the Yucatan Peninsula, Calakmul. The site was in various states of excavation and restoration with a nice grouping of stone carvings held under lock and key inside the main pyramid.

In the evening a found a sneaky bush camp part way along the road to a place called Calakmul. a place I’ve had a hankering to visit this place since I first heard about it, stay tuned.

Next : Calakmul – The largest Mayan Ruins on the Yukatan Peninsula