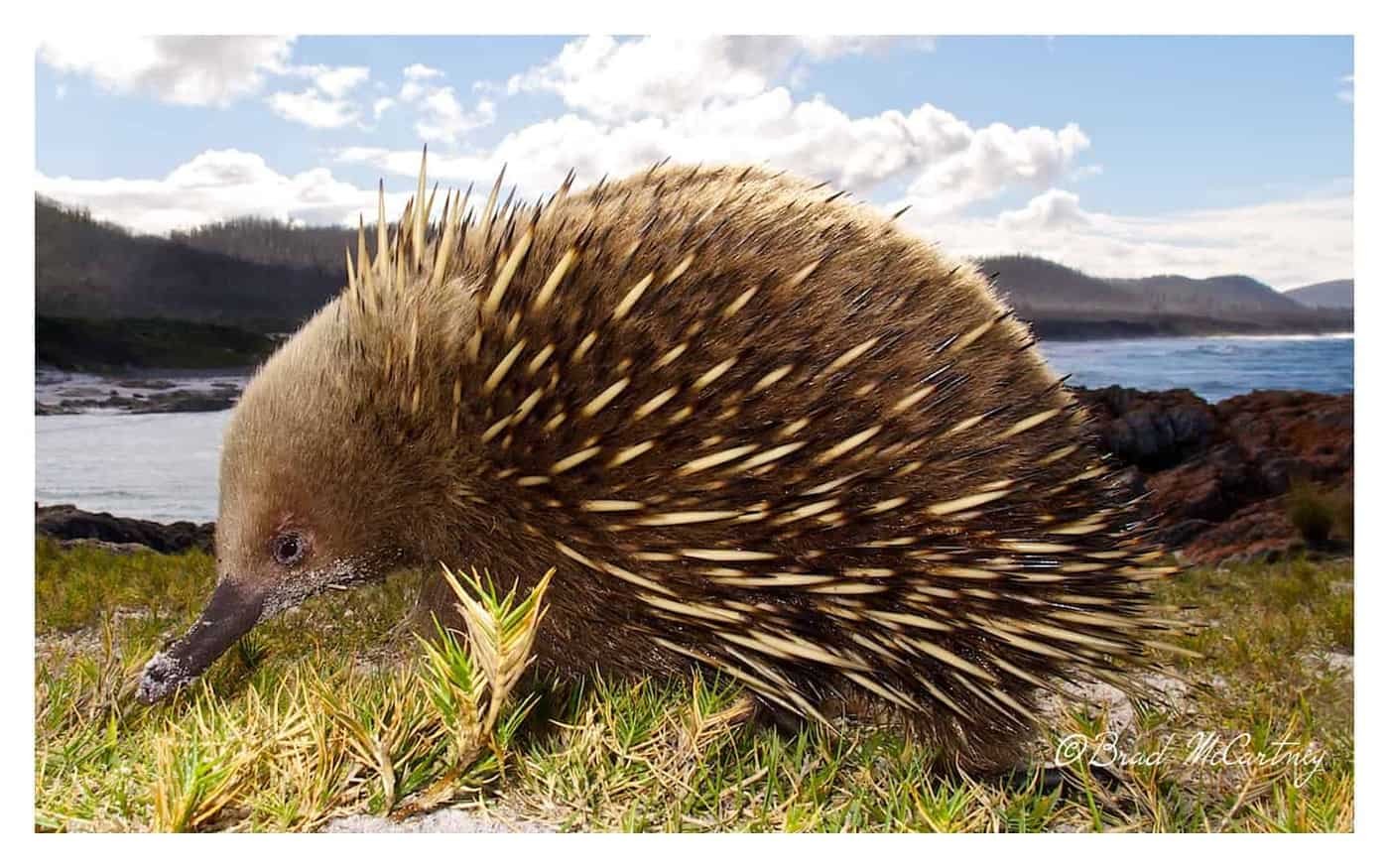 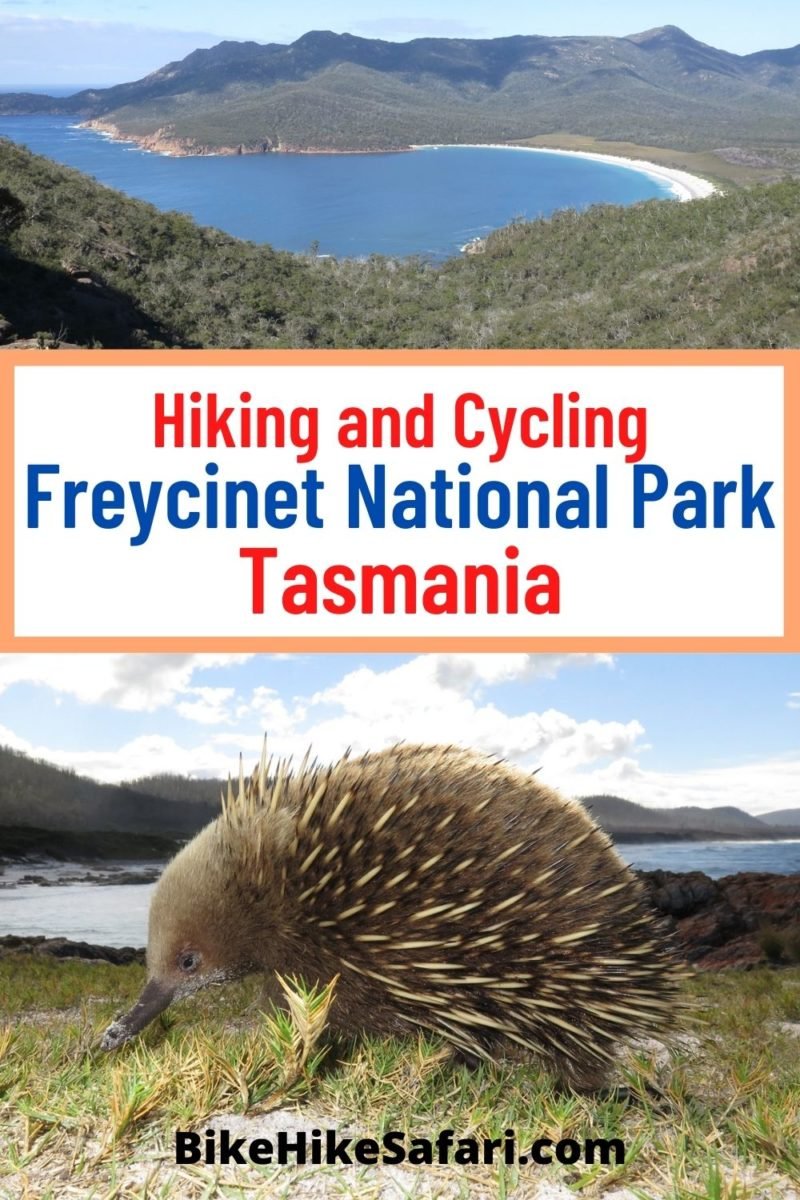 Most people who visit Tasmania end up at Freycinet National Park. Most only stay a matter of minutes, some for days. For me it was a short bicycle touring and hiking visit, this time.

My departure from Maria Island under dark storm clouds resulted in my bike being coated with salt spray from the ferry crossing back to the mainland. So once I hit the mainland I doused my bike with fresh water to rinse the corrosive salt from my bike.

Now any cyclist will admit that the wind is both their best friend and most bitter of enemies. Today we were best of friends. I don’t think I have ever covered ground so quick and effortlessly, I was cycling with a big smile on my face. I’m sure people looking at me must have thought why is he smiling while cycling in the rain, is there something wrong with him. Well, its not everyday that I manage to ride my loaded touring bike at 30km/h on average along the highway.

In short time I made to my planed free camp for then night at the roadside stop on Mayfield Bay which is about halfway between Maria Island and Freycinet National Park. Due to the wind I contemplated cycling all the way to Freycinet but choose the comfort of a cup of tea by the beach in the rain instead.

The following day I made short work of the trip to Freycinet National Park. The National Park campground is right on the beach. I found that the picnic BBQ area also has a power socket. I charged some electrical stuff while cooking on the free electric BBQ and drinking from my favourite red wine cask.

Later, I took the short walk to the Wineglass Bay lookout area but decided against any long hikes. I just didn’t really feel like hiking today. In a couple of weeks time I will be hiking in the Walls of Jerusalem National Park so decided I’ll wait till then to expend my hiking energy. After the hike I bumped into a work colleague from Darwin, small world. Also here after cycling from Sydney.

It was a slow morning for my planned departure. I cycled to out Cape Tourville in the morning for a look. I was somewhat surprised to be greeted by a 22% grade hill. That was a tough climb and my bike had no panniers. At the Cape I could hear Seals but couldn’t see them. I cycled around the hiking track that looped around the Lighthouse and headed back to the National Parks campground on the beach to pack up and move north.

It was about 1pm when I cycled into Friendly beach. It was a side trip off the main road to / from Freycinet. The road was corrugated. This caused my 2 front water bottle holders to simultaneously break. Both the plastic bottom mounts, snap. So I need to buy new water bottle holders in Launceston. While at Friendly beach I had a late lunch when a friendly Echidna decided to feast on ants next to my lunch spot. Lovin my Echidna experiences in Tassie. Does anybody know the name of a baby Echidna?

From friendly beach I cruised to Bicheno and onto Douglas Apsley National Park. From there I rode on the hiking trail to the free campsite about 250m from the carpark.

So, north I keep heading, for now.

I really enjoyed Freycinet National Park? Have you been there?
Leave a message in the comments section below.

Next : Cycling the Bay of Fires