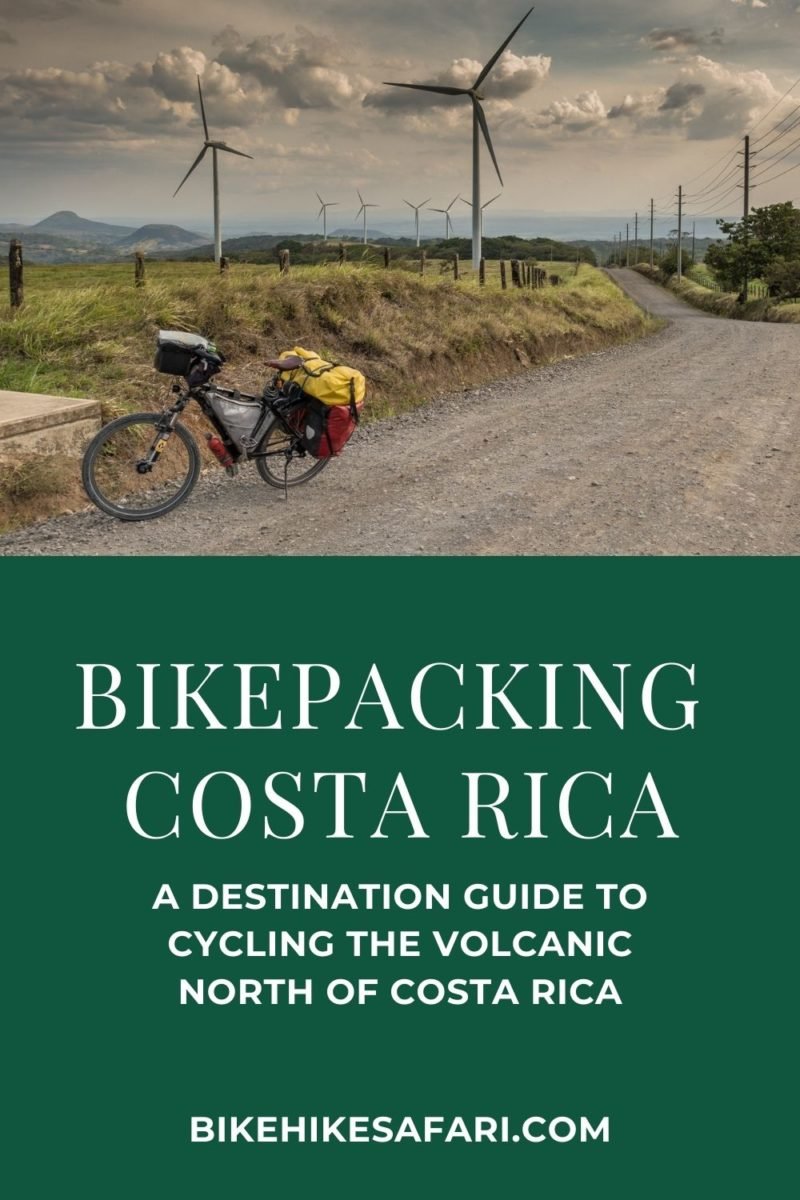 BikePacking Volcano Rincon Costa Rica was my introduction to one of the most progressive countries in Latin America. Volcán Rincon is not far from the border with Nicaragua and is a popular side trip for bikepackers and bicycle tourists wanting to get off the main roads and explore the side roads. But things seem to be changing quickly in this part of the world.

After my journeys through El Salvador, Honduras and Nicaragua it was refreshing to hit the backroads and go camping again.

I had first heard of this route from other adventure cyclists. Their photos depicted nice remote roads traveling through rainforest. My version of the trip was not like others who had traveled the road in years past. Costa Rica seems to be on a road improvement phase around Rincon. Bridges are being built over streams that previously needed to be forded. Hard packed gravel is being laid down onto the clay based soil in an effort to make the road useable in all seasons. This is not a bad thing, it does make the riding easier, specially if the weather is bad.

There were not as many camping opportunities as I thought. Most of the area is either thick rainforest or farmers fields. On the climb from the Pacific Coast I found a small semi flat spot next to the road. There was a small stream and rainforest filled with noisy birds. This was the kind of camping I was looking for in Costa Rica.

Wild Camping in Costa Rica is both easy and safe. There are many opportunities to pitch a tent. Whether in the mountains or on the coast. This makes for cheap bicycle travel in Costa Rica.

Costa Rica is significantly more expensive than it’s neighbours to the north. But it is not as bad as many other traveling cyclists will have you believe. Unlike many other countries in the region you can drink the tap water. Almost every restaurant, store or house in any remote area will let you fill your water bottles for free. This can save a lot of money because bottled water in Costa Rica can be very expensive. Beer is cheaper than water.

Fruit and vegetables are very cheap and very abundant in Costa Rica. More so than it’s northern neighbours. And during my visit Mangos were everywhere on the side of the road. Many times I would stop and pick up mangoes that had fallen from trees. I love mangoes. Also, locals gave me lots of fruit. Bikepacking Volcan Rincon Costa Rica does not have to be expensive.

But now it’s time for me to go to cycling on the remote beaches, stay tuned.

Are you going to Costa Rica? What are you looking forward to most?