Cycling across the Central Plateau of Tasmania 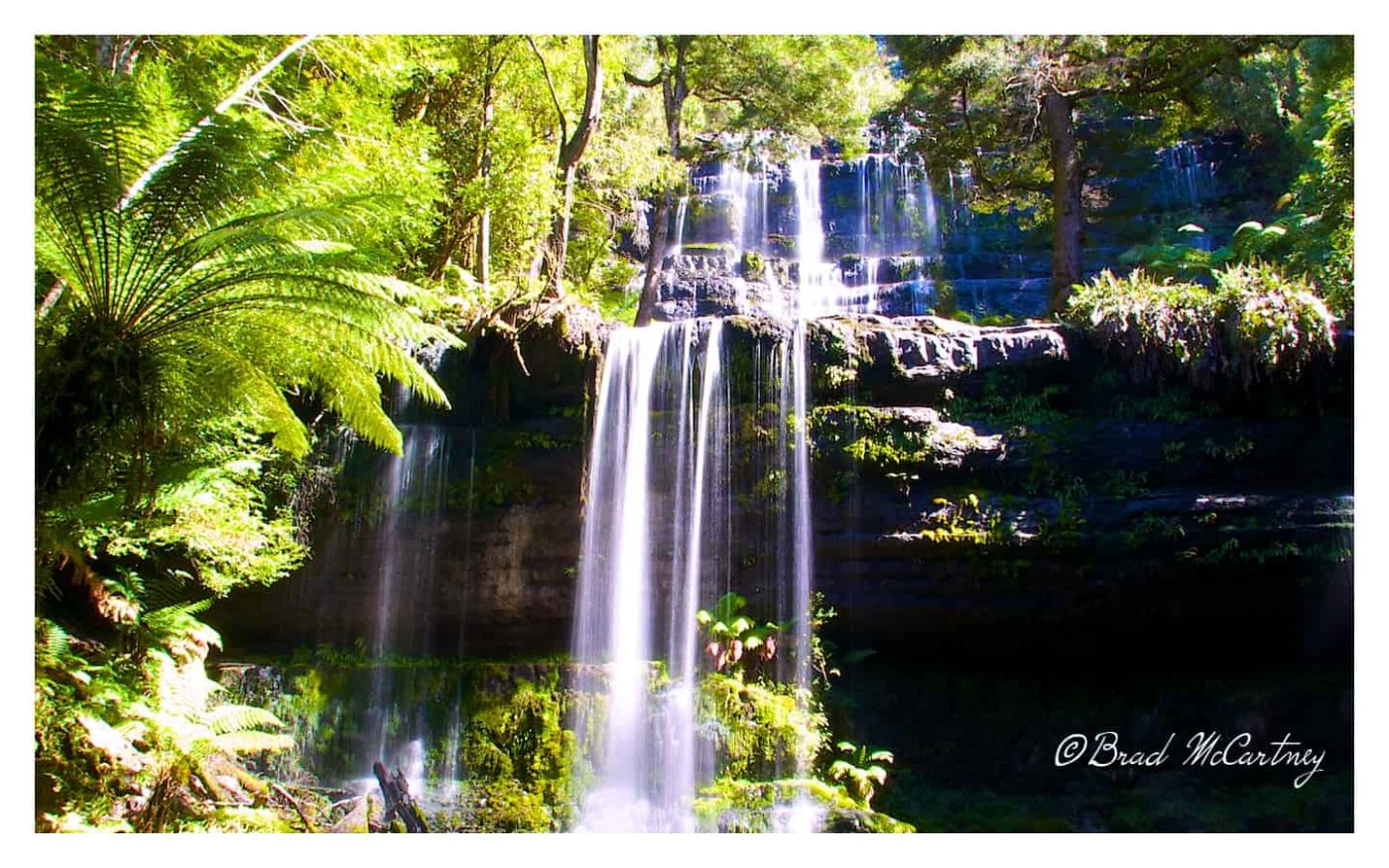 Cycling across the Central Plateau of Tasmania was always going to be a bit of a challenge for my as yet undeveloped cycle touring legs, however, I’ve done this sort of thing before and it usually takes a while to get my cycle touring mojo.

I started in the late morning from Devonport with once again great weather. After my hike on the Overland Track I planned to cycle over the Central Plateau of Tasmania rather than around the coast, the main reason was that I had only 6 days to cycle to Hobart and prepare for my next extended hike, so over the high mountains it is.

Cycling the central Plateau of Tasmania

The first day wasn’t too bad as I headed past Deloraine, but when I stopped and asked for directions to the supermarket I was told that it was back up the hill I had just cycled. I couldn’t be bothered riding back up the hill so no fresh food for dinner tonight.

If you are a cycle tourist I am sure you understand this sort of thing. I continued for a while to a small place called Golden Valley which had a small cheap campground. I was done for the day. The first days of cycle touring are always the worst for the aches, pains and feelings of how the hell can I do this everyday. I know that feeling will pass in a week or so, but for now, well suck it up and keep moving.

After Golden Valley the climb really began. A steady climb for a couple of hours to the high point of the road at 1210m. It was a slow climb and was quite shattered at this stage. I had a short sleep in the sun for almost an hour and woke up fresh and ready to go again.

At least from this point it was mainly downhill to Hobart! Not long after the high point I made it to Great Lake which is dotted with fishing shacks that seem to only be used as holiday homes to local fishermen who seek out trout that are in the lake. Although the weather was nice there wasn’t many people fishing. As the sun was starting to set I pulled into a small campground on Little Pine Lake for the night.

From Little Pine Lake I expected it to be a nice downhill run and for the most part it was. I managed to hit 69km/h on one downhill section. What goes up must come down. I would say that I prefer to ride on quiet side roads rather than main roads but I chose to stay on the Lyell Highway.

The traffic was very considerate and at no time did I have any problems with any impatient drivers. Thanks mainly to some great downhill rides I managed 95km of riding today before finding some campervans set up next to Meadowbank Lake, so I decided that was enough for the day.

I was told of yet another steep climb that would face me again in the morning and it turned out to be true. Lots of roadkill including a Tassie Devil. On the road near Mt Field there is a slow gentle climb at about 2-3% grade. I noticed some cyclists coming up behind me, I was overtaken by a retired couple who had cycled to the nearby village for scones. I later joined them in the campground for a late afternoon coffee and chat about all things cycle touring.

While at Mt Field National Park I took the short hike with the hundreds of others to Russell Falls. Probably the most photographed falls in Tasmania. Very photogenic spot. It was early afternoon so I decided to stay in the campground at the National Park. I wanted to chill and they had a shower which is a luxury when cycle touring, or hiking for that matter. I later caught up with another cycle tourist in the campground. There seems there are at least a couple of us around.

From Mt Field National Park I started early and made it to Hobart by lunch time. The roads were mainly flat roads. I think its the first time I’ve cycled 75km before lunch and I was hungry. The cyclist appetite is starting to kick in.

I’m staying with a local couple Dorothy and Greg, from the warmshowers hosting network. They have been gracious enough to not only host me, but store my bike and gear as I head off hiking over the coming weeks.

2 thoughts on “Cycling across the Central Plateau of Tasmania”