Cycling to the end of Australia 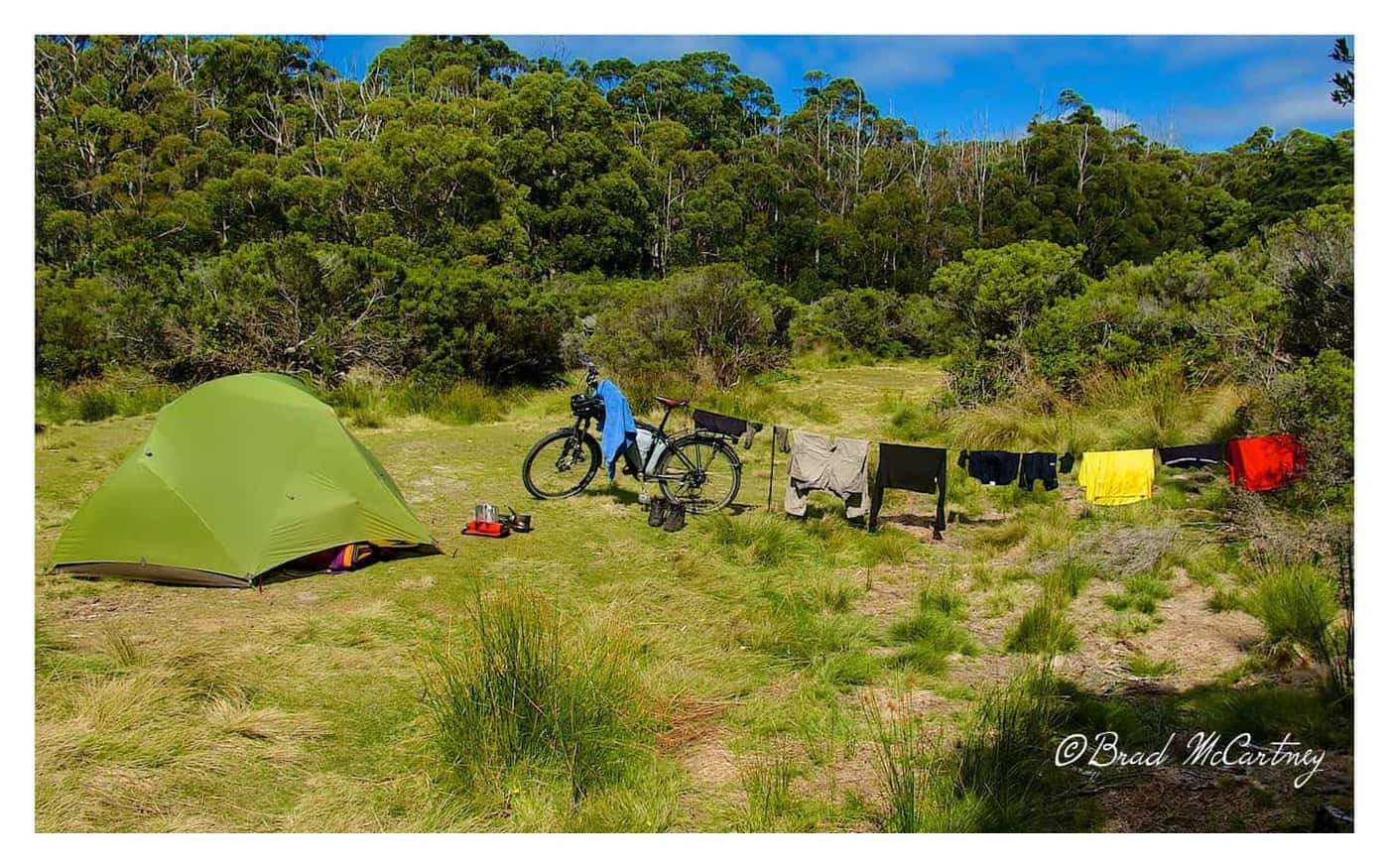 My latest cycling sojourn has taken me from the delights of Bruny Island on the south east coast of Tasmania to the southern most road in Australia. Ending in Recherche Bay, Cockle Creek, Tasmania.

From the mainland town of Kettering where the Bruny Island Ferry dropped me back on mainland Tasmania I set my destination compass south. I followed the little traveled road through the towns of Gorden and Verona Sands, which are quite unremarkable towns but the road that links them follows the sea and provides inspiring views of the D’Entrecasteaux Channel between the mainland and Bruny Island.

Following the road was for me unique, sure there are many roads around the world that follow an ocean or sea but the calm waters, birds fishing in the distance and occasional sailing vessel were all in an area that has changed little since settlement, well, except for the road I was cycling on. But as late afternoon settled in I needed a place to stay and I set my target for Cygnet.

The local campground was full with backpackers propping up the local economy by picking apples, potatoes or whatever was in season at the time.

Leaving Cygnet was difficult. My energy levels were for some reason a bit low and the weather threatened rain, but I set off in the direction of Huonville for lunch. Not long ago I passed through this town after completing the South Coast Track and knew of a bakery, which would provide the lunchtime treats my body craved. But after lunch my body still didn’t want to commit to making the move south to Cockle Creek. It was after midday and I looked at the distances and the time of day and thought that it wasn’t possible to make it that far, but I headed south anyway.

The road south of Huonville was refreshingly flat, at least by Tasmanian standards, and it continued that way until around the area of Geeveston. South of there the roads returned to their usual up or down but nothing in-between. At Dover I stocked up with several days of fresh food for my journey south to the end of the road at Cockle Creek. Fueled by TimTams I kept moving south until I hit the soft dirt roads around Lune River area.

It was getting late. My earlier fatigue and tiredness was gone, replaced by enthusiasm. I had a great desire to reach the furthest south road in Australia before the setting of the sun. Constantly I looked at both the clock and sunset times on my GPS. I would arrive after dark, but it didn’t seem to matter. My energy returned and my spirits were high. The dirt road was scenic and fun and was I was secretly hoping that a Tasmanian Devil would run across the road in front of me at some stage as the sun was setting.

With minutes until sunset I reached the coastline of Recherche Bay. The headlight on the bike was temporarily not needed as the last glimmers of the evening lit the road. It was now only a couple of kilometers until Cockle Creek, my ultimate destination. The first campsite I passed was empty and had its own private beach but I kept going. The next couple of campsite had a couple of people there but still not crowded.

Then, 7 minutes after sunset I made it to Cockle Creek and the end of the road. No more roads south of this point in Australia, next stop Antarctica. I went another 200m to the free National Park Campground and settled in for the night. While at Dover I purchased the finest cask of red wine and proceeded to drink some of it while setting up the tent and cooking dinner. Ah, the pleasure and pain of cycle touring.

After a restful sleep, the light drizzle from overnight and early morning turned to clear sunny, almost hot weather. I was in T-Shirt and shorts and it is late March in Tasmania. Winter fast coming. I hiked to Fisher Point past some amazing beaches. Once there were several hundred inhabitants settled around here in search of whales or timber. Boom or bust, as it were.

Have you ever thought of riding to the most southern road in Australia?
Leave me a Message in the Comments Section

4 thoughts on “Cycling to the end of Australia”